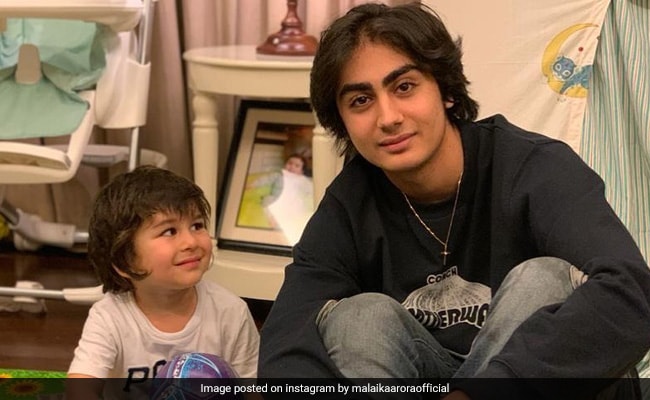 Our day couldn't get any better as we chanced upon a picture of Kareena Kapoor's "baby" Taimur adorably posing with Malaika Arora's "baby" Arhaan Khan. On Wednesday, Malaika Arora treated her fans by sharing a photo of the "Khan boys." The picture features Taimur and Arhaan (who is Malaika and ex-husband Arbaaz Khan's son) and their million dollar expressions will definitely take your breath away (not kidding). In the photograph, Taimur can be seen adorably gazing at Arhaan, who can be seen looking at the camera. Sharing the picture, Malaika captioned it: "My baby with Bebo's baby" and accompanied her post with hashtags such as #khanboys and #Timtim. 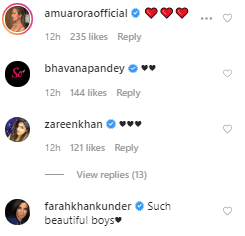 Malaika Arora and Kareena Kapoor are close friends and we often get glimpses of their girl gang (including Karisma Kapoor and Amrita Arora) on Malaika's Instagram profile. Earlier this month, Malaika shared a picture from Amrita's birthday and it featured the Khan sisters happily posing with the Arora sisters. Take a look:

Do you remember Malaika's "the originals" post which featured Kareena, Amrita and also their friend Mallika Bhat? If not, take a look:

On the work front, Kareena Kapoor will next be seen in a couple of films such as Angrezi Medium and Laal Singh Chaddha. Malaika currently judges the MTV reality showSupermodel Of The Year.