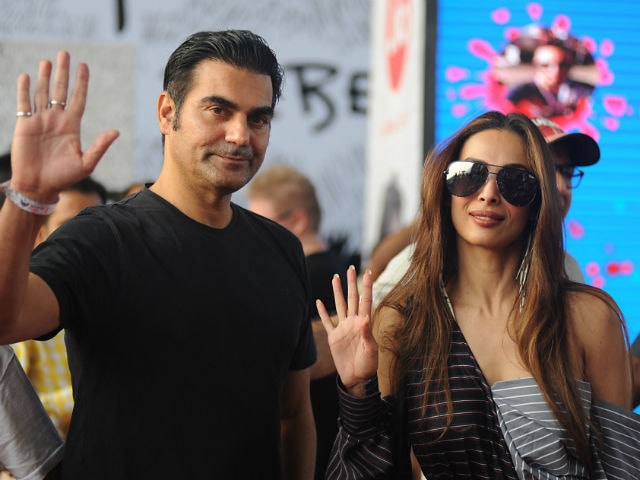 New Delhi: Actor Arbaaz Khan is celebrating his 50th birthday today. His ex-wife Malaika Arora gave a sneak peek into his birthday party. The former model posted a video of Arbaaz cutting his birthday cake. Wait, it's not a birthday cake. It's a watermelon. But why? Because, "A tarbooz for arbooz," as Malaika says. In another picture posted by Malaika, Arbaaz poses happily with a cake. "Happy birthday Arbaaz... Happiness always," she wrote. Arbaaz and Malaika, who married in 1998, got officially divorced last May. However, both of them have maintained a cordial relationship and are often spotted together at family gatherings, vacations and parties.

Arbaaz is the brother of actor Salman Khan. He has worked in films like Daraar, Pyaar Kiya To Darna Kya, Hulchul and Malamaal Weekly. His first film as a producer was 2010's Dabangg, which starred Salman as the protagonist and Arbaaz featured in a supporting role. Malaika featured in a special song sequence in the film.

In June, Arbaaz accompanied Malaika and her family twice for a lunch. A couple of months ago, Malaika went to Maldives with the Khan family to celebrate the first birthday of Arpita's son. Arpita is Salman's younger sister.

Here are some pictures of them together. 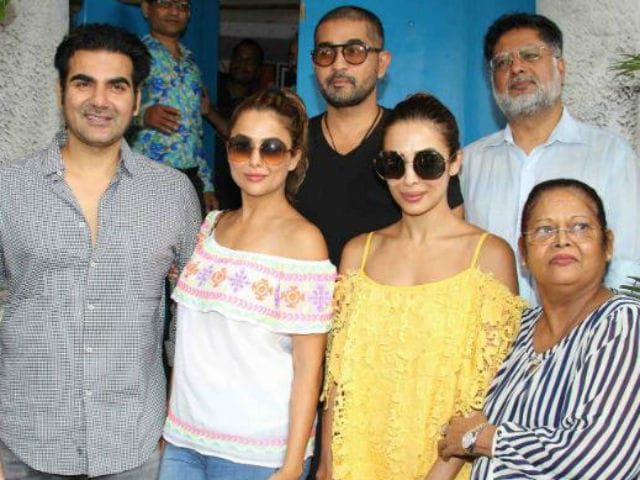 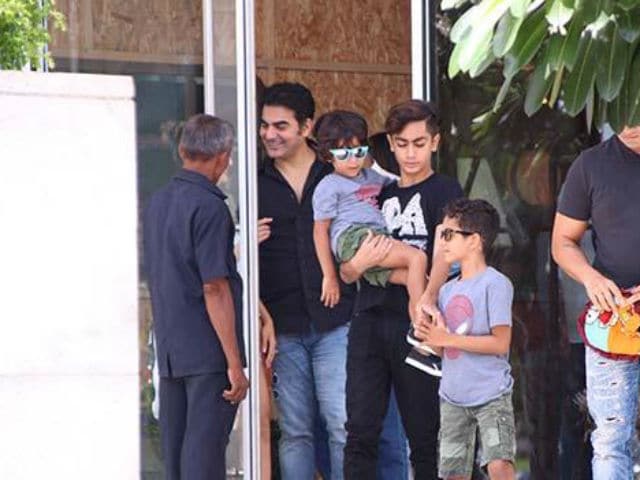 Arbaaz and Arhaan with Malaika's family

Promoted
Listen to the latest songs, only on JioSaavn.com
Earlier this week, an Instagram troll accused Malaika of marrying Arbaaz for alimony. However, Malaika gave a fitting response to the troll and wrote, "I do not indulge in such conversation because it's below my dignity, but I just had to because you certainly got to get your damn facts right before spewing shit and slagging me off when you know nothing about me except sit and pass judgement on other people's life."

Malaika Arora and Arbaaz Khan first met on the sets of an advertisement. They have featured together in a music video. They announced their separation last year. Malaika and Arbaaz are parents to 15-year-old son Arhaan.