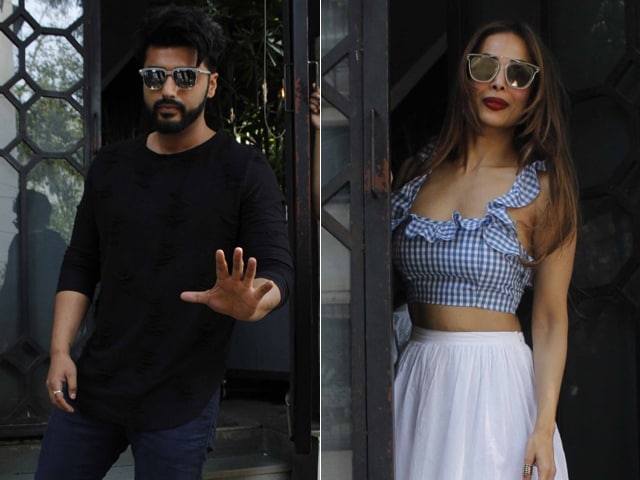 New Delhi: Actress Malaika Arora was the star of a brunch party on Saturday, which was held to celebrate the birthday of Preeta Sukhtankar, the founder of The Label Life, an online portal whose part Malaika is. Accompanying Malaika at the party was Arjun Kapoor, who has been rumoured to be dating the Dabangg actress. Malaika, who is separated from Arbaaz Khan and has filed for divorce last year, had earlier addressed rumours about her acquaintance with the Half Girlfriend actor and told DNA: "Arjun is a very good friend of mine. But people give a very different meaning to it which isn't true."

Malaika and Arjun carefully avoided being photographed together at Saturday's party, which was also attended by her business colleague Hrithik Roshan's ex-wife Sussanne Khan, actresses Aditi Gowitrikar and Kim Sharma, TV personalities Mini Mathur and Maria Goretti. Bipasha, who also works with Sussanne and Malaika as part of The Label Life, is away for Salman Khan's 'Dabangg' tour. Her absence was filled up by Bipasha's husband Karan Singh Grover, who arrived in his usual casual style.

At the party, Malaika looked ravishing in blue and white separates designed by Deme by Gabriella while Arjun wore black and denims. 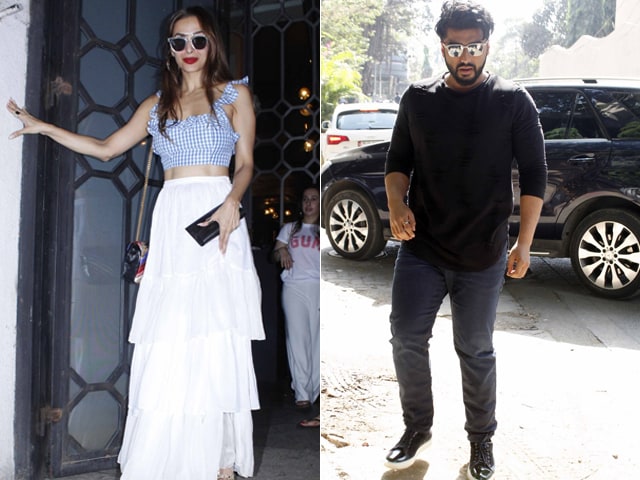 Malaika Arora and Arjun Kapoor photographed at the brunch party

Promoted
Listen to the latest songs, only on JioSaavn.com
Sussanne, Aditi and Maria were pretty in shades of pastel while Karan arrived with a bouquet of flowers. 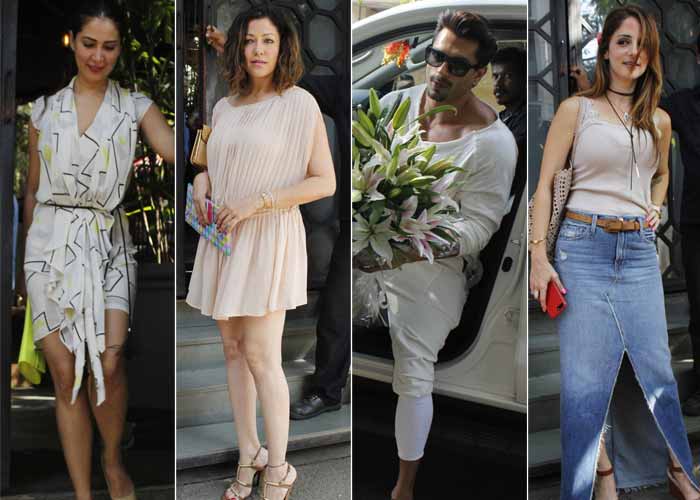 Sussanne, Aditi and Maria photographed at the brunch party

Arjun Kapoor will next be seen in Half Girlfriend, co-starring Shraddha Kapoor. Directed by Mohit Suri, the film is scheduled for May 12. Malaika Arora and Arbaaz Khan married in 1998 are parents to teenaged son Arhaan.