Malaika Arora and Arjun Kapoor arrived at the Mumbai airport together. 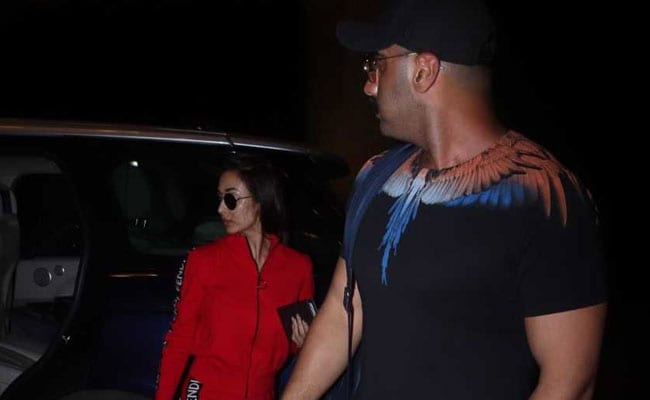 Arjun Kapoor with Malaika Arora at the Mumbai airport.

Malaika Arora and Arjun Kapoor found a spot on Tuesday's list of trends after pictures of them departing from the Mumbai airport on Monday night went viral. Malaika Arora, 45, looked chic in a hot red Fendi tracksuit while Arjun Kapoor, 33, was dressed in denims and tee. Malaika and Arjun arrived in the same car at the airport and without much ado they stepped past the security check inside the airport. Malaika and Arjun are reportedly jetting off to New York for a vacation. Arjun Kapoor is currently busy filming Panipat and the actor appears to have taken a short break from his hectic work schedule.

Here are pictures of Arjun Kapoor and Malaika Arora at the airport: 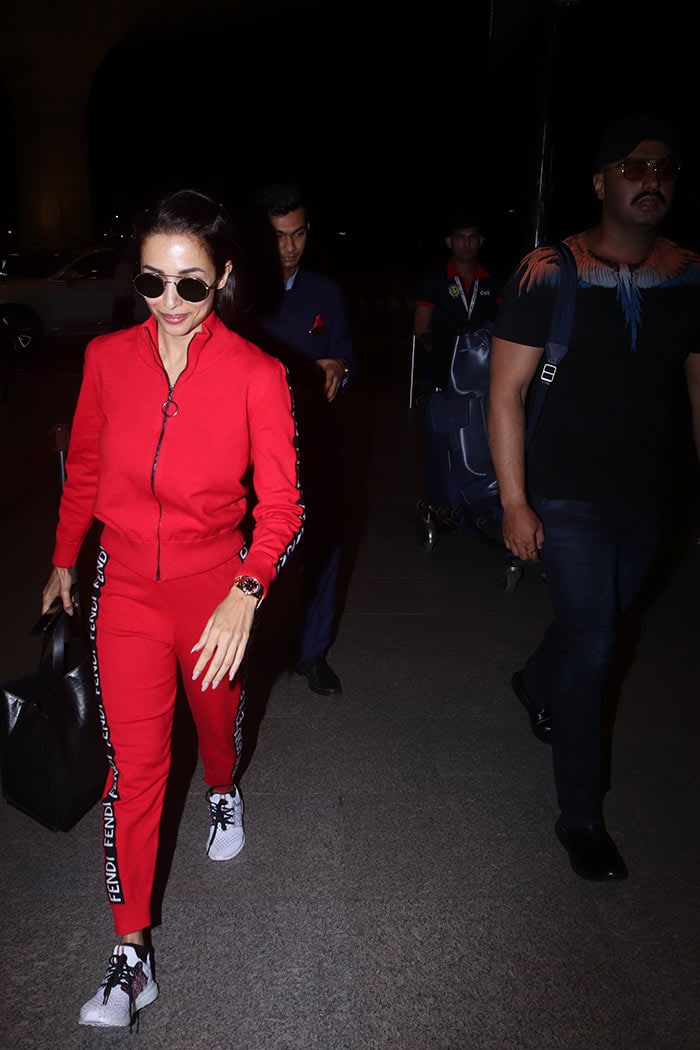 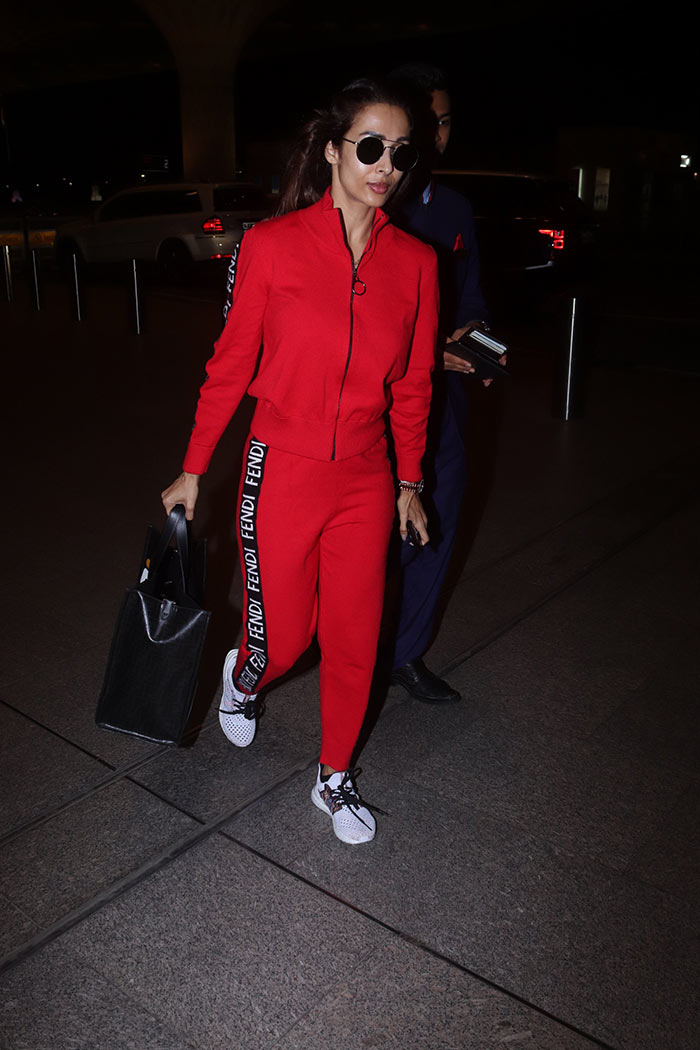 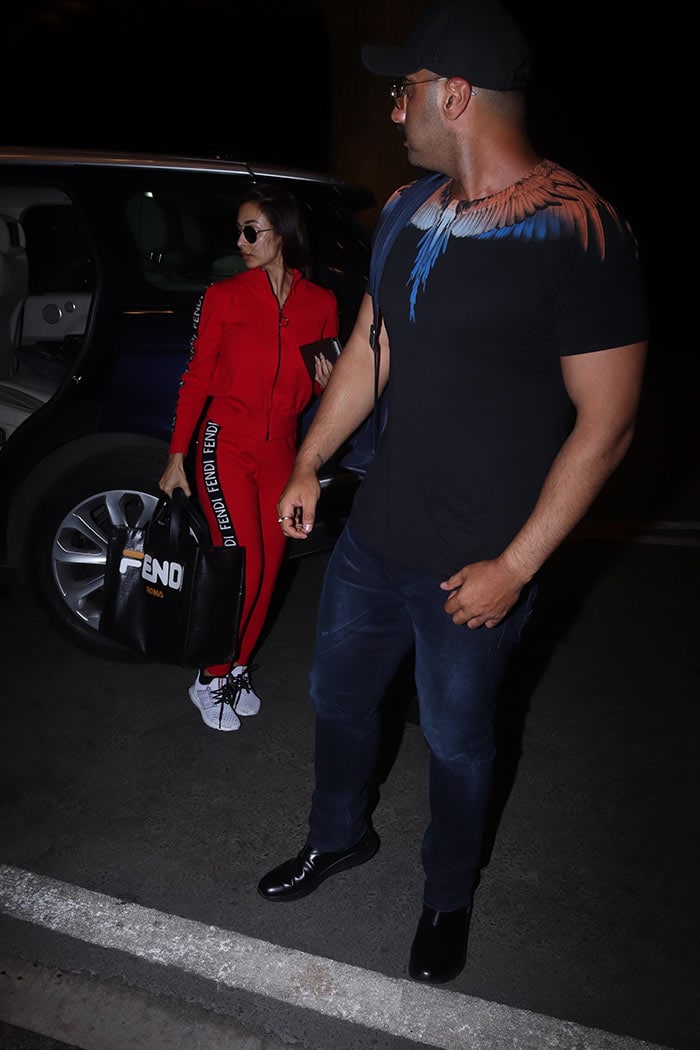 After keeping their relationship under wraps for a long time, Arjun and Malaika have now started speaking about their equation in media interviews. Malaika was by Arjun's side during the screenings of his last film India's Most Wanted, after which Arjun told Filmfare: "We've come out because we feel the media has given us dignity. There's a certain understanding the media has... they've been respectful, kind, honest and decent about it. That is why I felt comfortable."

Meanwhile, this is not the first time Arjun Kapoor and Malaika Arora have stepped out for a vacation. Earlier this year, they reportedly hung out in Maldives together. Holidays aside, Malaika and Arjun are frequently papped during their dinner dates and outings with their common friends.