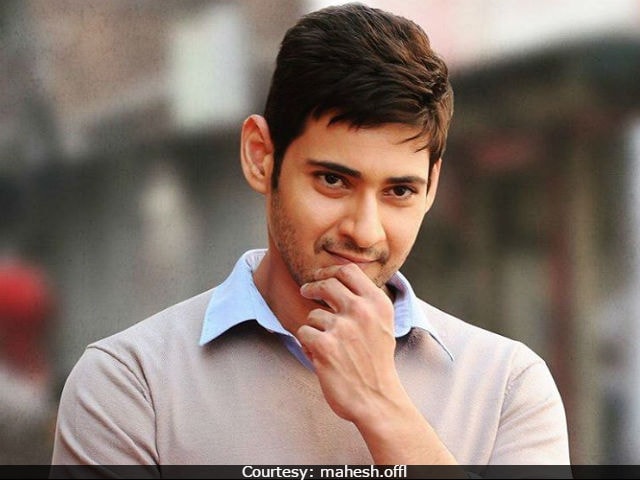 Mahesh Babu features as an intelligence officer in the film (Courtesy: mahesh.offl )

New Delhi: Telugu superstar Mahesh Babu is off to Vietnam to shoot for an action sequence for his next film directed by A R Murugadoss, reports Hindustan Times. The team will shoot for the yet untitled project for two weeks in Vietnam. "They will be shooting a chase scene and a never seen before action episode. A team of local stuntmen have been hired to shoot the scenes. The team will return to India in the second week of April," Hindustan Times quoted a source as saying. The film went on floors last year. Mahesh Babu will be seen as an intelligence officer while Rakul Preet Singh, who plays the leading lady in the Tamil-Telugu bilingual film, will be seen as a medical student, reported news agency IANS.

Earlier in March, Mahesh Babu shared his 'favourite picture' from the sets of the film.

One of my personal favourites..!! :) https://t.co/xxmEBtwa3P

Hindustan Times reports that nearly 80% of the film has been completed and after returning from Vietnam, the post-production process will commence. The film marks the debut of actor-filmmaker S J Suryah in the role of an antagonist.

On working with A R Murugadoss, Rakul, who debuted in Bollywood with Yaariyan, told iFlickz that she always wanted to work with the filmmaker and she has been a huge fan of his work since she saw Ghajini. "A R Murugadoss tops the list of directors I always wanted to work with. He is a very sensible director He makes commercial films and yet every film gives out a message directly or indirectly. He makes wholesome cinema with a mix of commercial and social elements and at the same time keeps audiences at the edge of their seats in thrilling anticipation. Mahesh Babu is the biggest super star in South. Both coming together for me in this one project is the best thing that could happen for me."

Promoted
Listen to the latest songs, only on JioSaavn.com
The film's cinematographer Santosh Sivan, recently shared some 'candid' pictures of Mahesh Babu and A R Murugadoss.

This is just a candid picture ... pic.twitter.com/0cbb3fq8ys

The film is scheduled to hit the screens on June 23 and will release in Tamil and Telugu.