Madhuri Dixit On New Single Tu Hai Mera: "My Husband The Reason I Made This Song" 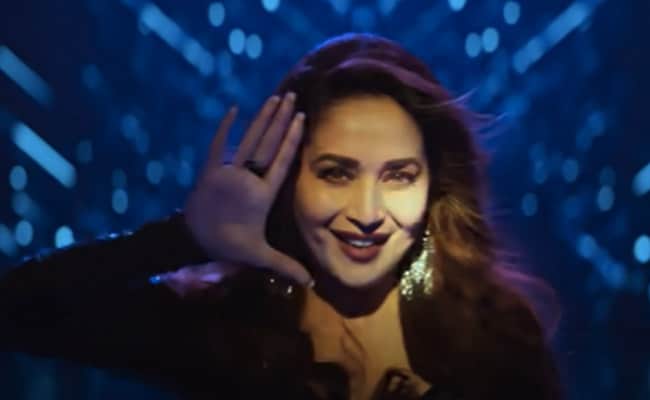 Madhuri Dixit recently embarked on a musical career, proving she's a triple threat who can act, dance and sing. The Tezaab star, who turned 55 on May 15, dropped a new single as a return birthday gift to fans. Titled Tu Hai Mera, the song is Madhuri Dixit's second after her debut single Candle which released in 2021. Speaking to NDTV, Madhuri explained that music is a natural progression for her. "Singing is an extension of who I am and an extension of my artistic creation. Dancing, acting, and singing are all extensions of my field," she said.

Madhuri, also a Kathak exponent, credits husband Shriram Nene as the driving force behind Tu Hai Mera. "My husband was the reason why I made this song. He told me that I sing well and I should write it and sing. Then I met Raja Kumari (songwriter and singer), and we brainstormed and worked on it. I wanted to do something for my fans because they have supported me for 35 years," she said.

The video of Tu Hai Mera shows the actress with letters and pictures that she used to get from her fans before the mobile phone era. "The video is old-style, fans used to write letters and decorate them. They used to invest so much time in each letter. It's time I gave them the love that I have got from them and I continue to get," Madhuri Dixit said.

The video of 'Tu Hai Mera' dropped on her birthday on Madhuri Dixit's YouTube channel. "I thought what better day than my birthday to release it because my fans do so much for me on my birthday," she explained.

Last seen on the big screen in Kalank, Madhuri Dixit made her web debut recently in The Fame Game.