Madhuri Dixit Lights Up The Internet With Another Blockbuster Throwback Pic

Shared on Thursday, Madhuri's throwback piece has over 2 lakh likes in almost a day 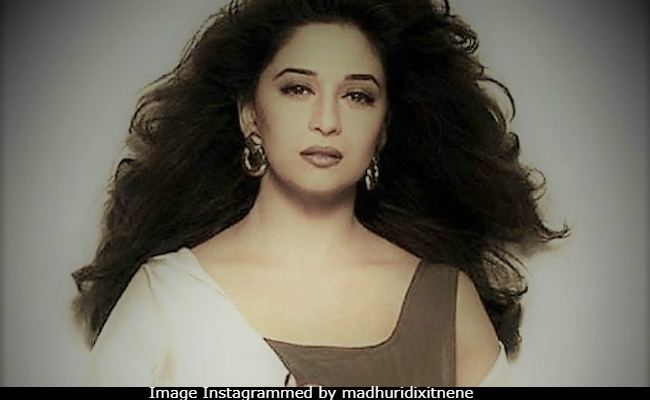 Madhuri Dixit is a fan of throwback memories and looks like she has a pitara full of them! Every now and then, the 51-year-old actress digs out a piece of priceless gold and shares it with her Instafam. Madhuri recently Instagrammed a photo of hers from what appears to be a photoshoot in the late Nineties or early Twenties. A quick glance at Madhuri's photo sort of reminds us of her looks from 2000 film Pukar, in which she co-starred with Anil Kapoor and Namrata Shirodkar. Meanwhile, Madhuri's Instagram is absolutely smitten by Madhuri's new contribution to the throwback collection. "Awesome," is the general sentiment on Instagram.

Shared on Thursday, Madhuri's throwback piece has over 2 lakh likes in almost a day.

Madhuri Dixit has always made our Thursdays and Fridays better with priceless throwback memories such as these. In one, we were delighted to see Madhuri's million dollar smile and in another, one couldn't miss Madhuri's striking resemblance with Madhubala. "How wonderful it feels, to look back at such priceless moments of pure happiness," Madhuri had written in a caption.

On the work front, Madhuri Dixit has been roped in to star in Karan Johar's multi-starrer film Kalank - the actress has taken up the role in which Sridevi was originally cast in. Kalank also includes names such as Alia Bhatt, Varun Dhawan, Sonakshi Sinha, Aditya Roy Kapur and Sanjay Dutt. Madhuri Dixit currently judges dance reality show Dance Deewane. Last seen in Bucket List, she is also awaiting the release of Total Dhamaal.