"Marriage is when one person is always right and the other person is the husband," Sarita Birje hilariously wrote while sharing a photo with Madhavan 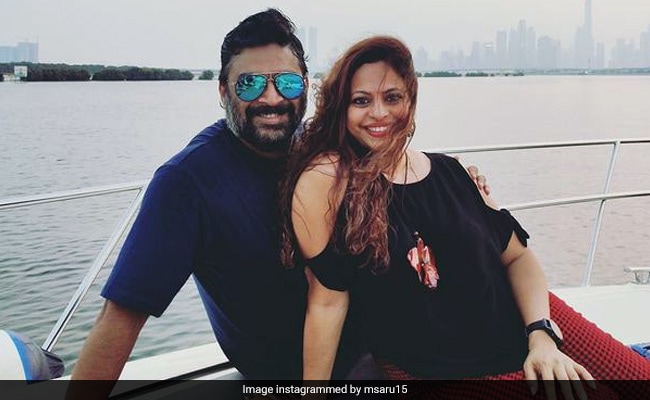 R Madhavan and his wife Sarita Birje's fun banter over who is right in marriage - husband or wife - left their friends and fans on Instagram in splits on Tuesday. It all started when Sarita Birje posted a photo of herself and Madhavan on her Instagram profile and wrote: "Marriage is when one person is always right and the other person is the husband" with laughing icons. Within an hour, her post got an epic reaction from the actor, who left this comment: "I totally agree (folded hand and red heart icons)...even if you are on the right of her." Sarita Birje's caption and Madhavan's super cool response to it cracked their friend and actress Shilpa Shirodkar up. She dropped laughing icons in the comments section.

Madhavan married Sarita Birje in June 1999. The couple are parents to a son named Vedaant.

On their anniversary earlier this year, Sarita Birje posted two unseen pictures of herself and the actor and one of the photos, which is a throwback, had taken the Internet by storm too. "It's been 22 years and you still bring out the child in me. Happy Anniversary honey. Love you loads," her caption read.

In terms of work, R Madhavan has featured in Hindi, Tamil, Kannada, Telugu and English films. He is known for his performances in Bollywood films like include 3 idiots, Rang De Basanti, 13 B, Tanu Weds Manu, Guru, Rehnaa Hai Terre Dil Mein and Zero, to name a few.