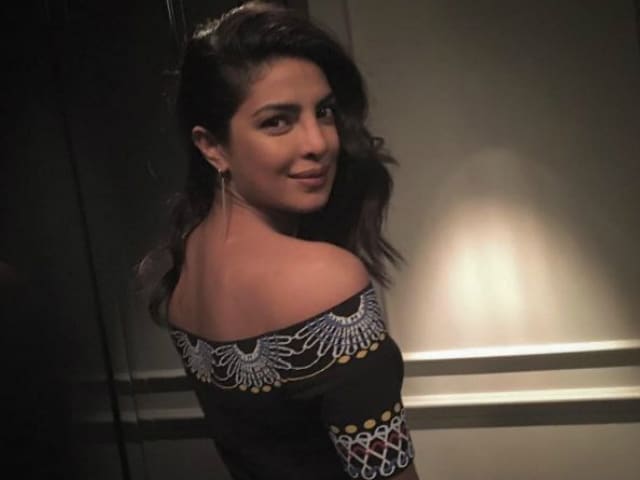 New Delhi: Actress Priyanka Chopra, who is currently in London with her mother Madhu Chopra, is helping mommy with a week-long celebration for her birthday. They are also 'best friends forever' after all! Priyanka is sharing pictures from her trip to London on Instagram and we love them for all the right reasons.

Let's have a quick tour of the city with Priyanka:

Don't we all love 'pretty things'?

Thank you, Priyanka. What a view!

A glimpse of Priyanka's sartorial choices:

Beware, a culinary 'trip' ahead:

After finishing with work, Priyanka was ready to hit the city looking chic and stylish in layers:

While at work, Priyanka posed in a black off-shoulder dress by a Peter Pilotto. She was busy with the promotion of her TV show Quantico.

This is how Priyanka began the birthday celebrations for her mother on June 16:

Priyanka Chopra, 33, made her debut on American TV as the lead on the series Quantico in 2015. She plays an FBI trainee named Alex Parrish.

In Bollywood, Priyanka was last seen in Prakash Jha's Jai Gangaajal. Priyanka will soon be seen in Dwayne Johnson's Baywatch with which she is making her debut in Hollywood. Priyanka hasn't signed another Bollywood film as yet.