Lisa Haydon Isn't Sure What A 'Quintessential Bollywood Heroine' Is. Us Neither

"I feel blessed that I got to do a role in Queen and then (a comic role ) in Ae Dil Hai Mushkil," said Lisa Haydon 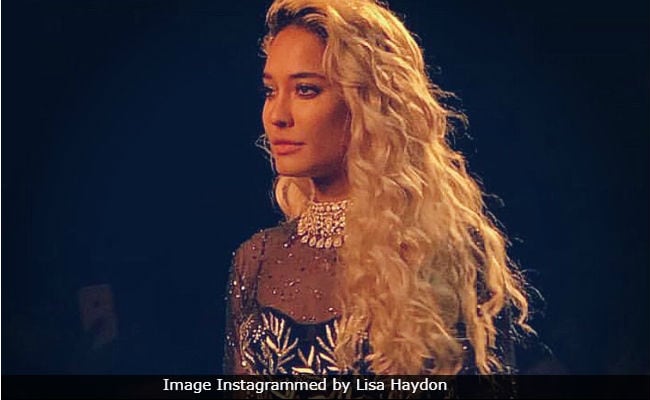 Lisa Haydon, who impressed the audience with her performances in films such as Queen and Ae Dil Hai Mushkil, was recently asked if she fits into the parameters of a 'quintessential Bollywood actress,' to which Lisa responded by saying: "I am not sure what the quintessential Bollywood heroine is because there are such varied films and roles that are coming out these days," reports news agency IANS. During the media interaction, Lisa also mentioned that she feels "blessed" that she got the opportunity to portray drastically different characters onscreen. "I feel very blessed that I got to do a role in Queen and then (a comic role) in Ae Dil Hai Mushkil, those two characters for me were totally opposite and I really feel like it was such a pleasure to be able to play two characters that were on opposite ends of the spectrum," IANS quoted her as saying.

Speaking to IANS, Lisa also talked about how she is "happy" with the kind of roles she has portrayed onscreen and that she wishes to explore more. Lisa told IANS: "I am really happy with the films that I have done and I really hope I get to do a lot more in the future."

When Lisa was asked how she manages to strike a balance between her personal and professional life, the Aisha actress said, "I think it balances itself quite evenly with the fact that once I got married and had my baby, I automatically took up different responsibilities and my priorities shifted slightly. Of course, I still love my job and I still love to go to work. It is something I never want to give up."

On the work front, Lisa Haydon was last seen in Zaeden's music video Tempted To Touch redux. The model-turned-actress made her Bollywood debut in the 2010 film Aisha, co-starring Sonam Kapoor. Apart from Bollywood films such as The Shaukeens, Queen, Housefull 3 and Ae Dil Hai Mushkil, Lisa has hosted and judged television reality shows like India's Next Top Model and Top Model India. She also featured in the web-series The Trip.