Life Advice From Ajay Devgn To His 20-Year-Old Self: Stumble A Little But Don't Stop

"But spoiler alert, it's all going to be worth it," wrote Ajay Devgn 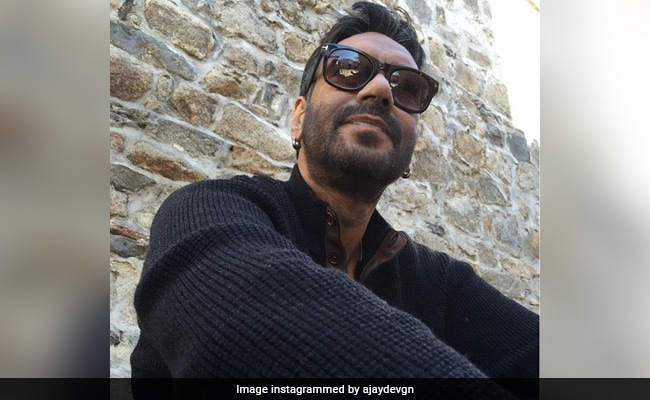 Ajay Devgn, on the occasion of National Youth Day, shared an open letter to his 20-year-old self. The actor added in his letter, "Dear 20-year-old me, There are making your mark in this new world as an actor... Let me be honest, you are going to face some brutal rejections. Shy and unconventional, you will try your hardest to fit in but fail... spectacularly! People's criticisms and doubts will be hard, it'll make you question your dreams. You will fail more than you will succeed." The actor added in his note, But spoiler alert, it's all going to be worth it...because one day slowly but surely, you'll realise, being yourself can be your greatest strength. So stumble a little but don't stop."

He signed off his note with these words, "Keep pushing the boundaries and don't let the world's expectations turn into inhibitions. "Always be true, always be you." PS_ Learn how to dance and it'll help you in the long run. Love, an older, wiser and better looking you."

He added in his caption: "This #NationalYouthDay decided to pen down a few words for the 20-year-old Ajay, I hope he appreciates it."

In terms of work, Ajay Devgn has several projects lined up. This includes extended cameos in the films Gangubai Kathiawadi and RRR. In addition to this, he will also be seen in Maidaan and Thank God, among others. The actor has also begun shooting for his digital debut series Rudra - The Edge of Darkness.

Besides that, Ajay Devgn will be directing Runway 34, starring Bollywood veteran Amitabh Bachchan. The film also stars Rakul Preet Singh. Ajay has worked with both the actors previously. He was last seen in Bhuj: The Pride Of India.