Aparna Bhat said that despite representing Laxmi Agarwal and helping in the making of Chhapaak, she was not given due credit in the film 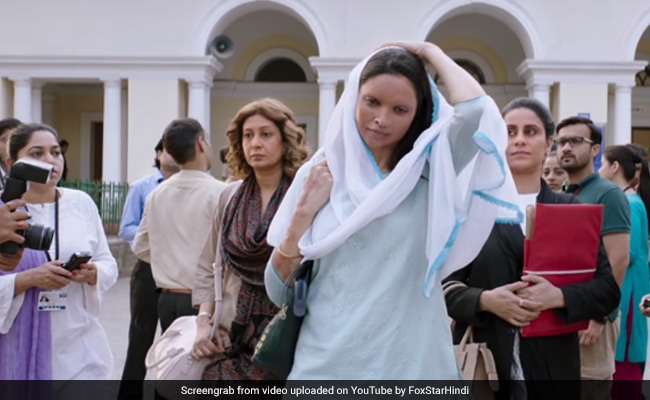 Deepika's character is based on Laxmi Agarwal in Chhapaak (courtesy YouTube)

The makers of Deepika Padukone-starrer Chhapaak were today asked by a Delhi court to name lawyer Aparna Bhat in the film credits. "Her name should be recognised," the court said on a petition by Ms Bhat who had represented acid attack survivor Laxmi Agarwal on whose life the film is based. The court, though, refused her request to put on hold the film's release, scheduled for tomorrow.

In her petition to the court today, Aparna Bhat had said that despite representing Laxmi Agarwal in court for several years and helping in the making of Chhapaak, she had not been not given due credit in the film. She said the makers took her help in writing and shooting of the film, but did not give her credit.

"...it is necessary that her contribution be acknowledged by providing on the slide on the actual footage and the images, the line "Aparna Bhat continues to fight the cases of sexual and physical violence against women" during the screening of the film.

"The said line on screen may be with a rider that the same is with the court order," Additional Civil Judge Pankaj Sharma said.

On Wednesday, Aparna Bhat wrote in a Facebook post: "Have never been the one to demand attention to my work. Deeply disturbed by the turn of events post watching Chhapaak. Compelled to take legal action to protect my identity and preserve my integrity. I represented Laxmi in her criminal trial in Patiala House Courts... tomorrow someone will represent me in my cause... Ironies of life."

After many posted comments supporting her, the lawyer, in a separate post, wrote: "I thank all my friends who endorsed my contribution and challenged team Chhapaak in failing to say even 'Thank you!'. I cannot match the powers of these mighty producers of Bollywood but keeping quiet will further endorse injustice. I have decided to take my cause to the next level. Ready to face the consequences."