"A pandemic, two lockdowns, and a baby later... one of my most special films," wrote Kareena Kapoor 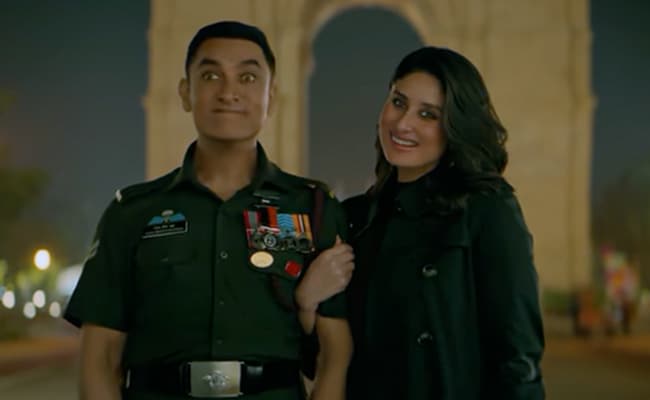 New Delhi: The makers of Laal Singh Chaddhahave finally unveiled the much-awaited trailer of Aamir Khan and Kareena Kapoor's film. The trailer was released during the IPL 2022 final on Sunday. Soon after, Kareena Kapoor shared the trailer on her Instagram handle and revealed that the film is special to her as her younger son Jeh is also part of it. Also, she thanked Aamir and director Advait Chandan for having both of them in the film. She also wrote that this film is special to her as it includes her son. For the uninitiated, during the shoot of Laal Singh Chaddha, the actress was pregnant. Jeh was born last year on February 21.

Sharing the post, Kareena Kapoor wrote, "A pandemic, two lockdowns, and a baby later... one of my most special films... also because my Jeh baba is very much a part of it (in my tummy) Thank you Advait and Aamir for having not just me but the both of us in it... it's something I will cherish forever Over to you guys, finally... #LaalSinghChaddha"

Talking about the film, Laal Singh Chaddha is helmed by Advait Chandan and also stars Mona Sigh and Naga Chaitanya in pivotal roles. The film is a Hindi adaptation of the hit Hollywood film Forrest Gump, starring Tom Hank.

The Instagram page of Aamir Khan Productions also shared the post, but with a different caption, "Experience the extraordinary journey of #LaalSinghChaddha, a simple man whose heart is filled with love, hope and warmth. #LaalSinghChaddhaTrailer out now! Releasing in cinemas worldwide on 11th Aug."

Meanwhile, on the work front, Kareena Kapoor is busy shooting for her next film, which will mark her OTT debut. Helmed by Sujoy Ghosh, the film is based on a Japanese novel, The Devotion Of Suspect X. It also stars Jaideep Ahlawat and Vijay Varma in pivotal roles.