"Love this picture.This show of yours has taken over our life," replied Kareena Kapoor 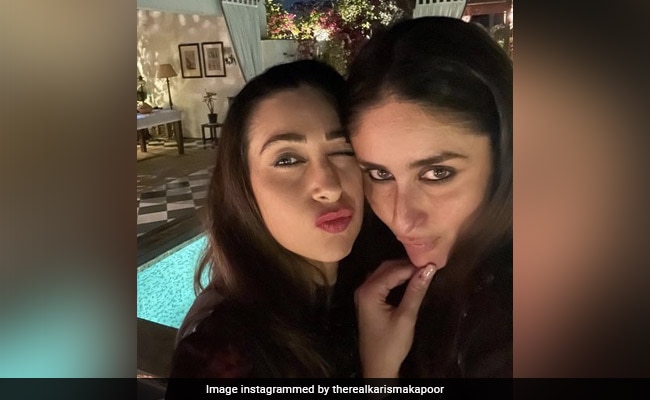 New Delhi: Karisma Kapoor and Kareena Kapoor are sister goals, and their Instagram profiles stand as proof. Karisma recently dropped an adorable post about missing her sister. The actress, who is currently shooting for Abhinay Deo's Brown, has shared a post with Kareena and captioned it as "Missing the sis." In the picture, the Kapoor sisters are posing for the camera adorably. Soon after Karisma shared the post, Kareena was quick to respond.

In the comment section, Kareena Kapoor wrote, "Love this picture.This show of yours has taken over our life." Malaika Arora also dropped a heart emoticon. 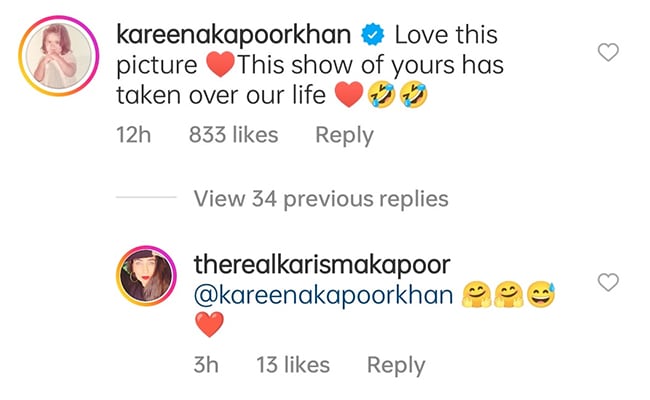 Often Karisma Kapoor and Kareena Kapoor feature in each other's posts. Recently, Karisma skipped Karan Johar's 50th birthday bash. So, Kareena shared a post on her Instagram handle and wrote about missing her, "This is Us Where is Lolo?" In the picture, Kareena, Malaika Arora, and Amrita Arora are posing in style for the camera.

Often, they take out time from their busy schedule to spend with each other. A month ago, the Kapoor sisters jetted off to a tropical location for a quick vacation. Sharing a picture with Karisma from the picturesque location, she wrote, "Grateful for each other and everything in between #bestsisterever". Check out the post below:

Meanwhile, on the work front, Karisma Kapoor, who took a break from acting after her marriage, made a comeback with ALTBalaji's web series Mentalhood. Next, she will be seen in Abhinay Deo's Brown.

Kareena Kapoor, on the other hand, will be seen next in Laal Singh Chaddha, co-starring Aamir Khan. The film is slated to hit the theatres on August 11.