Kushal Tandon to Gautam Gulati: "Where did you come from, where did u go? You were not even a monkey of TV." 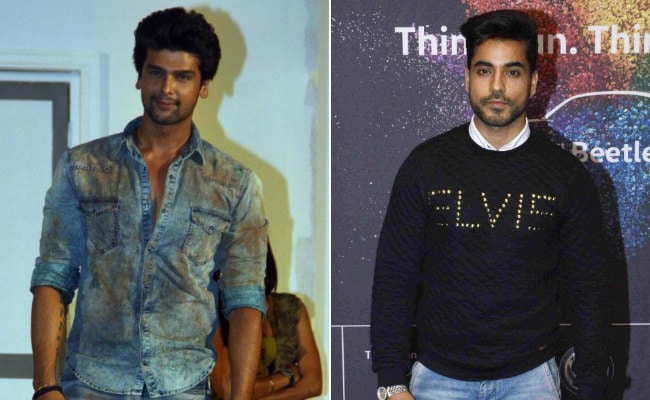 New Delhi: Beyhadh actor Kushal Tandon lashed out at Bigg Boss 8 winner Gautam Gulati on Twitter after Gautam appeared to say in an interview that he's done with television because he's doing movies now (which one again?). Gautam was at Daboo Ratnani's calendar launch party last night, when he told an interviewer: "I have done television for seven years. I am not interested in it anymore. It's not my cup of tea anymore. It's not my circus, not my monkey." Kushal was quick to spot Gautam's views and retorted with a snappy response: "'Not my circus not my monkey!' Where did you come from, where did you go? You were not even a monkey of TV. Respect the circus!" read part of his tweet.

Kushal wasn't done just yet because in the same tweet, he added: "This showbiz is a circus and there are all sorts of animals! Some are tigers, horses, blah and monkeys! Are you even that? #respect the medium! Mr London movie." Kushal was referring to a movie which Gautam said he was busy shooting in London.

not my circus not my monkey ! Wel were did u come frm wr did u go ?U were not even a monkey of tv Respect the circus ! This show bizz is a circus and there are all sorts of animals ! Sum r tigers , horse , blah n monkey ! R u even dat ? #repect d medium !Mr London movie https://t.co/V5sXKANJUh

Promoted
Listen to the latest songs, only on JioSaavn.com
Not just Kushal Tandon, many on Twitter also incinerated Gautm Gulati for appeared to show disregard for TV: "Aise hote h fixed winners! They just don't hv any respect for d medium that hv made them from nobody to somebody!! Thankless ppl. Azhar me 5 mins ka b role nhi tha, aur bolta 'TV is not my cup of tea'," read a comment while another added: "Tv me nai aane k chakar me ab tak kuch nai kar paya.. Y these type of actors think ki tv me ana is nthng in comparison to films.. (sic)"

After winning Bigg Boss 8 Gautam Gulati has continued to appear in the next seasons of the show as a guest. Pyaar Kii Ye Ek Kahaani, Kasamh Se and Tujh Sang Preet Lagayi Sajana are some of the TV shows he's featured in. Gautam also had small roles in movies like Azhar and Behen Hogi Teri. Kushal Tandon is best known for his starring roles in shows like Ek Hazaaron Mein Meri Behna Hai and Beyhadh. He is also a former Bigg Boss contestant.