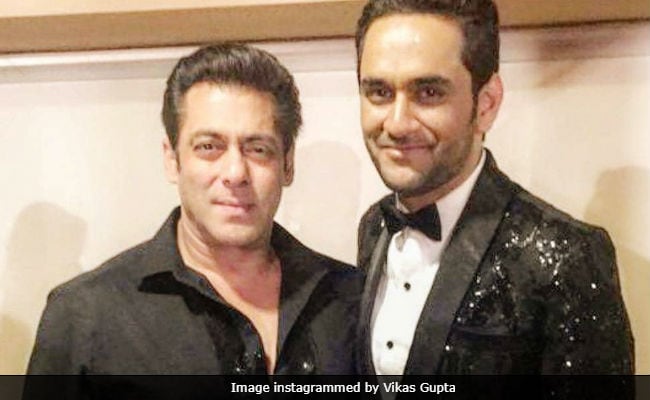 New Delhi: Bigg Boss 11's second runner-up Vikas Gupta maybe let out a secret, which implicates Salman Khan - yes, the 52-year-old actor probably broke a house rule. After the show's finale, Vikas posted a backstage picture with host Salman Khan and in his thank you note, Vikas wrote: "Thank you, Salman Khan, for the most amazing food and guidance every weekend that kept all of us all going." Apparently, the contestants were not allowed to eat food from outside and they had to prepare their meals based on the ration they won via-a-vis their performance in the luxury budget tasks. The only exceptions were eggs and coffee, which was allocated to each contestant by Bigg Boss. Now, going by Vikas' post, it seems that this house rule did not apply on Weekend Ka Vaar when they met Salman Khan.

& this journey of BigBoss comes to an End . A lot of people to thank so won't write everyone's names but will say that this show wouldn't be what it became if even one of you wasn't part of it , from the gharwale to the baharwale . #Cast&Crew #bigboss11 . May each and everyone of you have the most amazing journey ahead , wish u all crazy year ahead and super success . Thankyou @beingsalmankhan for the most amazing Food and guidance every weekend that kept all of us all going.

Bigg Boss 11 finale aired on Sunday and actress Shilpa Shinde was declared the winner. Shilpa Shinde didn't only win the show but she was also named the most-talked about celebrity in the house. Twitter also mischievously named Shilpa the 'winner of Masterchef.' For the 105 days Shilpa spent in the house, she was seen cooking for everyone. In fact, towards the end Hina Khan and Vikas Gupta also targeted Shilpa for making cooking as an 'excuse for her inability to perform tasks.' Here's what the Internet had to say:

First time in the history of Bigg Boss#MasterChef contestant win the show.#FixedWinnerShilpa