Kunal Kemmu On Kareena Kapoor's Second Pregnancy: "Taimur And Inaaya Will Have A New Gang Member"

"Like I said, Taimur and Inaaya get along so well and they'll just have a new gang member in their small gang," said Kunal Kemmu. 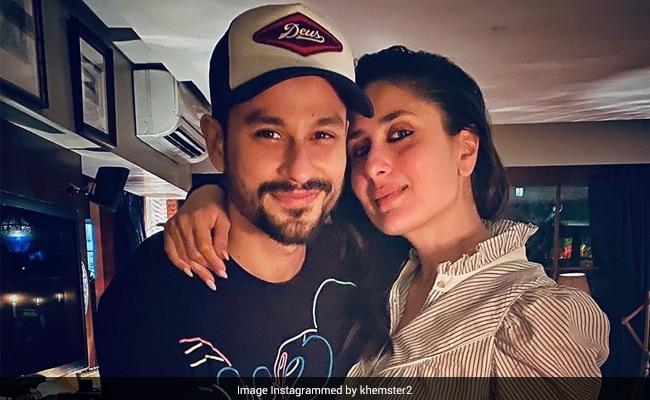 "It's a lot of happiness and a lot of excitement," said Kunal Kemmu, talking about Kareena Kapoor and Saif Ali Khan's pregnancy announcement, in his interview to ETimes. On Wednesday, Kareena and Saif dropped the pregnancy announcement with a joint statement, saying they are expecting a "new addition" to the family. The star couple are parents to three-year-old son Taimur. Kunal Kemmu and Saif's sister Soha Ali Khan, who got married in 2015, have a daughter named Inaaya, who is younger to Taimur by some nine months. In his interview, Kunal Kemmu said that he is looking forward to cousins Taimur and Inaaya's welcoming the new member into their "small gang."

"Can't wait to welcome this new member into the family. Like I said, Taimur and Inaaya get along so well and they'll just have a new gang member in their small gang," said Kunal Kemmu.

On Wednesday, Kareena Kapoor and Saif Ali Khan sent fans into a tizzy with this statement: "We are very pleased to announce that we are expecting an addition to our family. Thank you to all our well-wishers for all their love and support." The star couple, who got married in 2012, are also parents to a son named Taimur.

Kareena's sister-in-law Soha Ali Khan was one of the first ones to wish the couple on Instagram. Here's what she posted:

Coming soon!! Couldn't resist! Congratulations @kareenakapoorkhan be safe and healthy - and radiant as ever ! ❤️