"It’s been a dream for so many years," the actor wrote in the caption to the video he shared on Instagram. 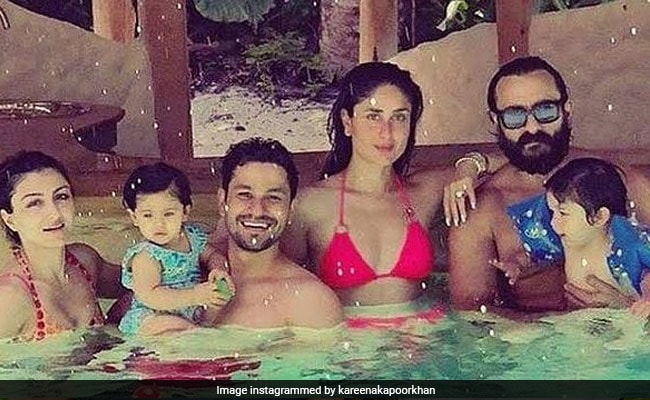 Kunal Kemmu is off to the land of passes. Yes, the actor has gone to Leh and Ladakh and he can't stop but share how awestruck he is by the magnificent lands and snow capped mountains. Kunal shared a video on Instagram where he is seen taking the journey from home to his destination. He stitches together snippets of his experience: from the heavenly view from his flight window to the closer look at the bare roads from his car. The actor wrote in the caption, "First time in the land of passes. So excited to be here. It's been a dream for so many years." He is not alone in this excitement. His sister-in-law, actress Kareena Kapoor shared his excitement and commented on his post, "Finally, Kunal. Me and Saifu love love love Ladakh. Miss you." We know Bebo means it as she added red hearts to the comment.

The trip must serve as a respite to the actor who has been locked in his house for a long time. But it could amaze us to see the various ways in which he kept himself entertained all the time. Recently he took his guitar and sang a mashup with the trending song Tuntuna Wajanda. Fans ushered him with much love over his video:

He also pepped up the vibes at home by clicking funny selfies and making adorable videos with his wife, actress Soha Ali Khan. For sure they are always better together and he not only mentions it in his caption, "Better Together," but also puts up the song by the same title. The video garnered much love from fans and friends alike.

But a huge part of Kunal Kemmu's stay-home schedule was spent with their daughter Inaaya Naumi Kemmu. The father-daughter duo was seen in adorably cute videos as they walked together or sat to sketch together or even as he gave her a good head massage on Father's Day in June this year. Inaaya gifted him handmade tokens of love to mark the occasion.

At home, if he was not making cute videos with his family and not sitting with his guitar, he was letting out his inner fan of Anil Kapoor by singing his songs and dancing to them. In this video, we see him singing the song Kehdo Ke Tom Meri Ho Warna while Soha giggles at his gestures.

The Ladakh trip is a fresh adventure for him outside the home. What do you think about it? Let us know in the comments.