Kritika Kamra, Chandrakanta 2.0, Wants To Interpret The Character In Her Way 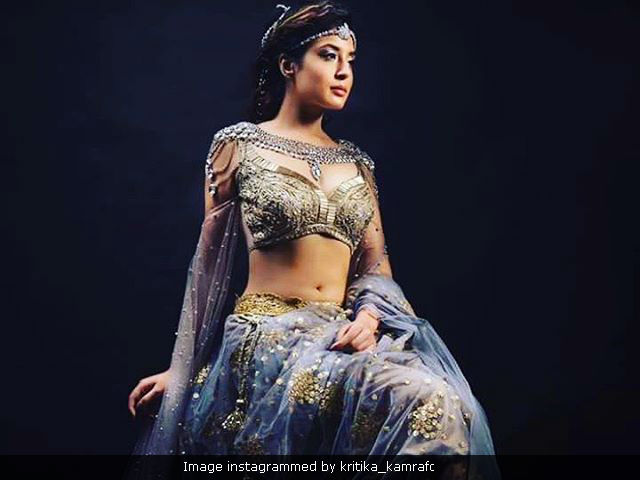 New Delhi: The first look of actress Kritika Kamra in and as Chandrakanta have gone viral. The actress shared some pictures of herself as Princess Chandrakanta on social media and they've received a positive response. Kritika, who has starred in shows like Reporters and Kitani Mohabbat Hai, says that remembers the popular television show only vaguely and that she wants to interpret the character in her own way, reports news agency IANS. "As a child, I watched some episodes of the original series, which I don't remember now. I remember the song and some characters clearly. But I have not watched it for preparation, because I wanted to keep a clean slate to interpret it my way," Kritika told IANS.

"It's a conscious decision to not do that as then I will perform that like that only. It wasn't nostalgia that urged me to do this show. It was the fact that playing her will be challenging for me. I had never done a costume drama or a fantasy show before," she added.

The show titled Prem Ya Paheli, Chandrakanta is an adaptation of a Hindi novel by Devaki Nandan Khatri. The book was adapted in a television series in the Nineties but remained unfinished. The story of the show and novel had many differences thought the principle characters were same. The show was revived again in 2011 as Kahani Chandrakanta Ki, but it was based on another novel in the Chandrakanta series.

Of preparing for the role, Kritika told IANS: "I had to make some internal (personality) changes for this role as she is not a girl next door, but a princess. The way she behaves, walks and speaks - I had to learn that. I am also learning horse riding, doing a bit of action. Also, the language is a mix of good Hindi and Urdu. So I am learning a lot," she said.