"There's absolutely nothing to worry as I am feeling fine and have quarantined myself as per BMC and my doctor's advice," wrote Kriti 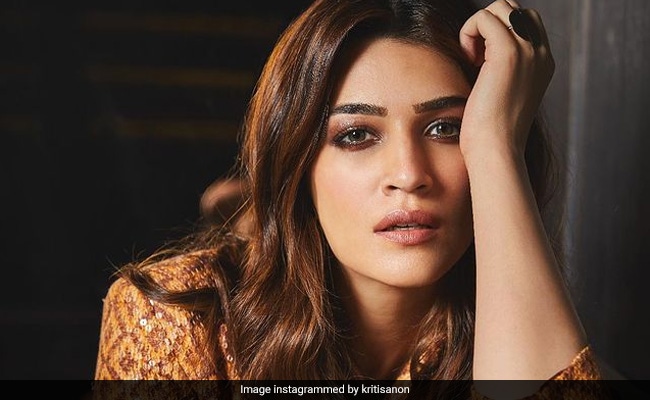 Kriti Sanon has tested positive for COVID-19, the actress announced in an Instagram post on Wednesday morning. Kriti, who was filming her new project in Chandigarh recently, shared an update about her health and stated that she has "quarantined" herself as per the Brihanmumbai Municipal Corporation or BMC and her doctor's advice. Kriti Sanon, in her post, also wrote that she will "resume work soon." Here's what the 30-year-old actress wrote in her post: "I'd like to inform everyone that I have tested positive for COVID-19. There's absolutely nothing to worry as I am feeling fine and have quarantined myself as per BMC and my doctor's advice. So, I am gonna ride this tide, rest it out and resume work soon. Till then, I am reading all the warm wishes and they seem to be working. Be safe guys, the pandemic hasn't gone yet."

Other than Kriti Sanon, Bollywood star Varun Dhawan has also contracted the virus recently. The actor shared details about his coronavirus diagnosis on Monday. He was filming Jug Jugg Jeeyo with Anil Kapoor and Neetu Kapoor in Chandigarh and it has been reported that Neetu Kapoor also has the virus.

Coming back to Kriti Sanon, she was last seen in Panipat, in which she co-starred with Arjun Kapoor. The film recently marked one year. Kriti made her debut in Bollywood with the 2014 film Heropanti and has featured in a number of films since 2014 such as Dilwale, Raabta, Bareilly Ki Barfi, Luka Chuppi, Arjun Patiala and Housefull 4. The actress will next be seen in Laxman Utekar's Mimi, which is a remake of the National Award-winning 2011 Marathi film Mala Aai Vhhaychy!. Kriti will play the role of a surrogate mother in the film.