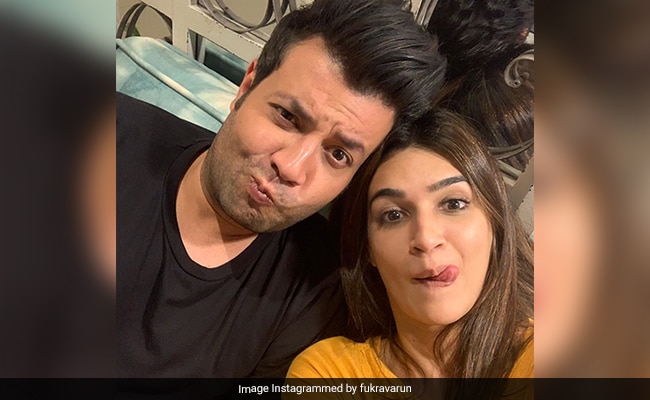 Asked about keeping a low profile on her dating life, Kirti said: "Even if I am dating someone tomorrow, I doubt I am going to announce it to the world, because I feel that information is for me and my close ones. I don't want a stranger to judge my relationship."

Kriti, Varun and their Arjun Patiala co-star Diljit Dosanjh were speaking on the show By Invite Only.

Diljit gave a witty response when asked about what his description would be on a dating app. "On a dating app, my bio will read, 'Expensive Jatt'," he quipped.

Quizzed about his reaction on waking up as star Kareena Kapoor, he said: "I'll look into the mirror and pout."