Kriti Sanon, whose Dilwale and Raabta failed to meet box office expectations, said that successes and failures are easily forgotten 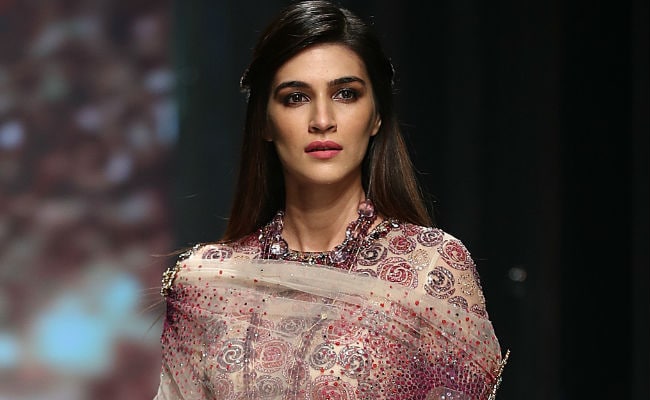 New Delhi: Actress Kriti Sanon told news agency IANS that there are several people who will discourage you from chasing your dreams and there's a simple way to deal with it. "There are too many people around who will try to pull you down. Who will try to discourage you and tell you it's too big a dream and you can't do it... but I think you need to have a filter and constantly remind yourself how much you love doing what you do so that you never give up on hope," she said.

Kriti Sanon, who debuted in Bollywood in 2014 film Heropanti, has had her share of success and failures. "I feel successes and failures are easily forgotten and you move out of it... what you learn in the process is much more important," she told IANS. Kriti featured in Dilwale, co-starring Shah Rukh Khan and Kajol, which failed to meet the box office expectations. But Kriti also headlines the cast of critically acclaimed Bareilly Ki Barfi.

Of failure and success, Kriti said: "I think when you go through a failure, you also realise the value of success and it also somewhere keeps you grounded. It also gives you a reality check - that there are going to be ups and downs in life and it's not going to be smooth always."

"But as long as you're doing what you believe in, you're doing things for a right reason. I'm taking up a film because I genuinely love it or genuinely want to work with those people, or I love the character - as long as I'm true to that, it doesn't matter," she added.

Kriti Sanon, who is six-films-old, says she did not face any hurdle to make a name in the film industry. Kriti has also featured in two Telugu films - 1: Nenokkadine and Dohchay. "It was all about insecurities... about having a safe career. And me being a good student and all... to leave the job offers and go into an industry which was so uncertain, where so many people are trying out their luck," Kriti told IANS in an e-mail interview.

"So, I guess the first hurdle was to believe in myself; that I could do it and I really wanted to do it. While I was modelling and doing TV commercials, I realised that I could act and that I enjoyed doing that. So, I wanted to give it a chance and go ahead with what my heart wanted to do," she added.

Promoted
Listen to the latest songs, only on JioSaavn.com
Kriti Sanon's next film is titled Arjun Patiala, in which she stars opposite Diljit Dosanjh. The film will be directed by Dinesh Vijan.