Read inOther Languages
This Article is From Nov 24, 2019

Kriti Kharbanda On Dating Pulkit Samrat: 'People Should Give Us Space, It's A Family Thing'

"We are not hiding our relationship," said Kriti Kharbanda 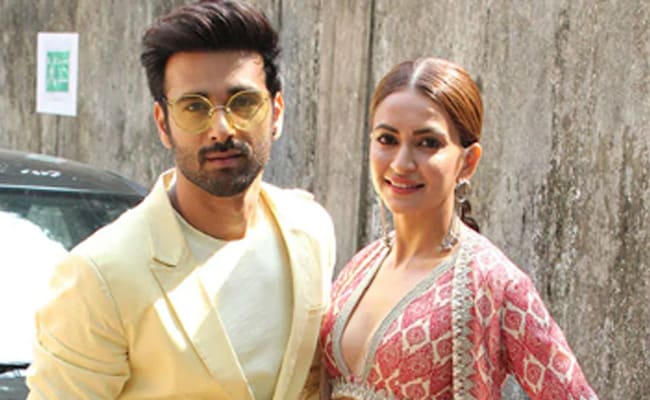 Kriti Kharbanda and Pulkit Samrat were photographed in Mumbai.

Kriti Kharbanda, who confirmed her relationship with Pagalpanti co-star Pulkit Samrat a couple of days ago, feels that people should give them "some more space" as it is a "family thing," reported news agency IANS. Talking about their relationship, Kriti said they are not trying to hide anything but people should respect their privacy. "We are not hiding our relationship but I feel people should give us some space because it's a family thing," the actress was quoted as saying by IANS at the special screening of Pagalpanti in Mumbai. Joining her during the interaction, Pulkit Samrat also talked about their relationship and stated that they are in a "happy space" now.

"I think personal and family matters should be kept limited within the family. Our families are camera shy and media shy. It is not right on our part to express feelings on their behalf. I can just say we are in a happy space," he said, reported IANS.

Pulkit Samrat and Kriti Kharbanda have been dating for five months. Rumours about their relationship were doing the rounds for the longest time before the actress confirmed that she is dating the actor in an interview with ETimes. Kriti stated that she didn't react to the rumours before because she "wanted her parents to know first" about the relationship. Speaking about Pulkit Samrat, Kriti told the publication: "We are dating each other... In all honesty, I wanted my parents to know first that I'm dating someone... But I'm in a very happy place and I have no qualms admitting that I am dating Pulkit Samrat."

Pulkit Samrat was previously married to Salman Khan's rakhi-sister Shweta Rohira. However, things didn't work out between them and the duo separated in 2015. Before Kriti Kharbanda, Pulkit was also briefly linked to actress Yami Gautam, with whom he shared screen space in Sanam Re.

Other than Pagalpanti, Kriti and Pulkit have co-starred in the 2018 film Veerey Ki Wedding. They will next be seen together in Bejoy Namibar's Taish.