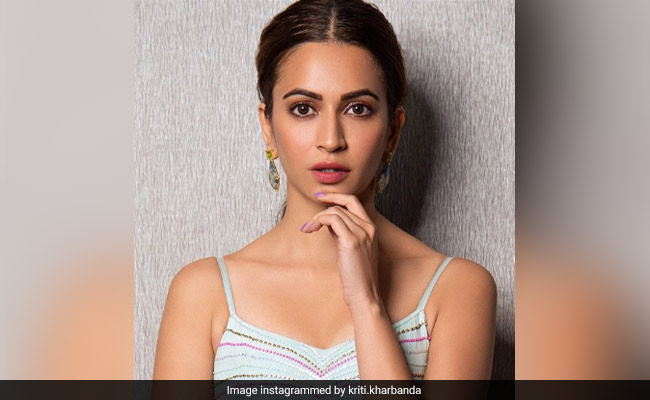 Kriti Kharbanda and Pulkit Samrat, who have reportedly been dating for quite some time now, occupied the top spot on the list of trends on Thursday, courtesy Pulkit's fiery comment on Kriti Kharbanda's recent Instagram post. A couple of days ago, Kriti, who featured on the cover of Fablook magazine's September issue, shared the magazine cover on her Instagram profile. But that's not it, what caught the attention of her fans was the mushy comment dropped by her rumoured boyfriend Pulkit Samrat, who was previously married to Salman Khan's rakhi-sister Shweta Rohira. Reacting to the picture, Pulkit commented: "Ufff!" and accompanied it with the fire emoticon. Take a look:

Not only this, when Kriti shared her first look from her upcoming film Housefull 4 on Wednesday, Pulkit Samrat re-tweeted her post and called her a "stunner!"

Pulkit Samrat and Kriti Kharbanda, who have worked together in Ashu Trikha's Veerey Ki Wedding, are ready to collaborate once again for John Abraham's Pagalpanti. The duo have reportedly been seeing each other for the last six months. A source close to the development told Mumbai Mirror that Pulkit and Kriti grew close during the filming of Pagalpanti in the United Kingdom earlier this year. "Kriti and Pulkit would hang out a lot together during the 58-day schedule of the film in London... She was charmed by his small but thoughtful gestures," the publication quoted the source as saying.

Pulkit Samrat married to Shweta Rohira on 3 November 2014. However, things didn't work out between them and the duo separated in 2015. Before Kriti, Pulkit was linked to actress Yami Gautam. At that time, in an exclusive interview with mid-day, Shweta Rohira blamed Yami Gautam for "breaking her marriage."

Last year, on October 29, Pulkit Samrat wished Kriti Kharbanda on her birthday by sharing an adorable post for her on his Instagram profile, in which he called her a "drama queen" while in December, Kriti marked his birthday by calling him a "hero."

Happy Birthday Drama Queen!! @kriti.kharbanda Wish you loads of love and no love handles!! I had a picture of us together but I looked hotter than you so I dropped the idea!!

On the work front, Kriti Kharbanda will next be seen in Housefull 4. She has films such as Vaan, Chehre and Taish lined-up.