Kriti Kharbanda: No Qualms Admitting That I Am Dating Pulkit Samrat

"No, they are not rumours. We are dating each other," Kriti Kharbanda on Pagalpanti co-star Pulkit Samrat 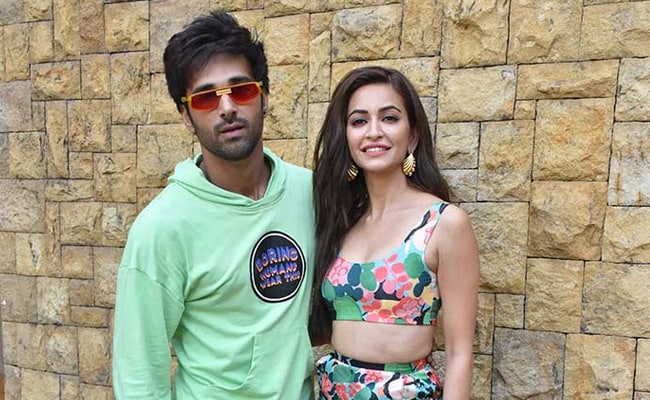 Actress Kriti Kharbanda confirmed she's dating Pulkit Samrat in the most direct way possible: "No, they are not rumours. We are dating each other," she told ETimes in an exclusive interview recently. The 31-year-old actress added that the reason she had not reacted to the many reports about her relationship status before is because: "In all honesty, I wanted my parents to know first that I'm dating someone." But the Kriti decided to make it official after five months of togetherness with Pulkit: "And when you start seeing someone, I think there's a time for everything... when you're comfortable talking about it. Sometimes it can take five years; sometimes it can take five months. In our case, it was five months."

Describing her relationship with Pulkit, Kriti Kharbanda added: "But I'm in a very happy place and I have no qualms admitting that I am dating Pulkit Samrat." Kriti and Pulkit are co-stars of Pagalpanti and have also worked together in 2018 film Veerey Ki Wedding.

Earlier this month, reacting to reports about her then-speculated romance with Pulkit, Kriti told news agency IANS: "Can you blame them (for spreading the rumours)? We look so hot together. We have such great chemistry and look so cute together. Anybody would guess that we are in a relationship. Pulkit is very special to me and will always be so." Meanwhile, this is what Pulkit had told IANS: "Working with her is insane. I wouldn't have been able to survive a couple of films if she was not my co-star."