Sharing the photos, Krishna Shroff wrote: "G'day to ya" with a flower and a butterfly icon 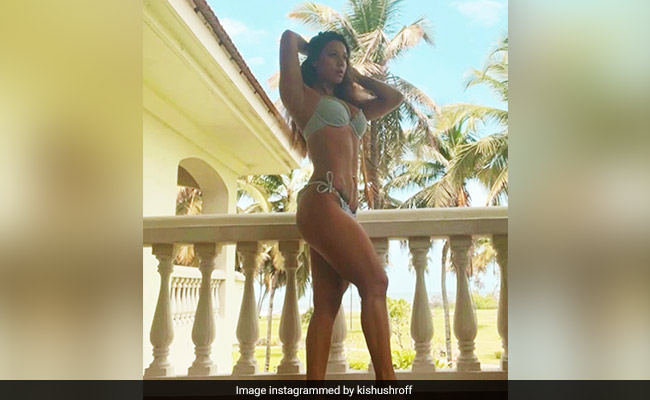 Jackie Shroff's daughter Krishna raised the temperature on Instagram on Saturday by posting stunning pictures of herself. Krishna is a fitness enthusiast and she proves it very now and then with her Instagram entries. Her latest on shows her chilling at what appears to be a beachside resort in a pistachio bikini. The palm trees and the blue sky in the background made the photos breathtaking. Sharing the post, Krishna Shroff wrote: "G'day to ya" with a flower and a butterfly icon. Reacting to Krishna Shroff's post, filmmaker Sajid Nadiadwala's wife Warda commented: "Wooaah bro." Several fans also dropped fire and heart icons on the comments section of Krishna's post.

Sajid Nadiadwala has worked with Krishna Shroff's brother and actor Tiger Shroff on many films.

Check out the stunning pictures of Krishna Shroff here:

Krishna Shroff always sends the Internet into a tizzy with her bikini pictures. Remember her "Au naturel" photos? If not, check them out here:

And here are glimpses of Krishna Shroff just being a "wild child":

Krishna Shroff, daughter of Jackie and Ayesha Shroff, launched her MMA training centre named MMA Matrix in November 2018. In her previous interviews, she has clarified that she has no interest in making her career in acting.

Her brother Tiger Shroff made his acting debut with the 2014 romantic action Heropanti. He has featured in films like Baaghi, Baaghi 2, A Flying Jatt, Student Of The Year 2 and Munna Michael, among others. Tiger Shroff was last seen in Baaghi 3, in which he co-starred with Shraddha Kapoor and Riteish Deshmukh.

The actor has a couple of films like Heropanti 2, Baaghi 4 and Ganapath lined up.