No wonder Aamir Khan won the Rapid Fire round 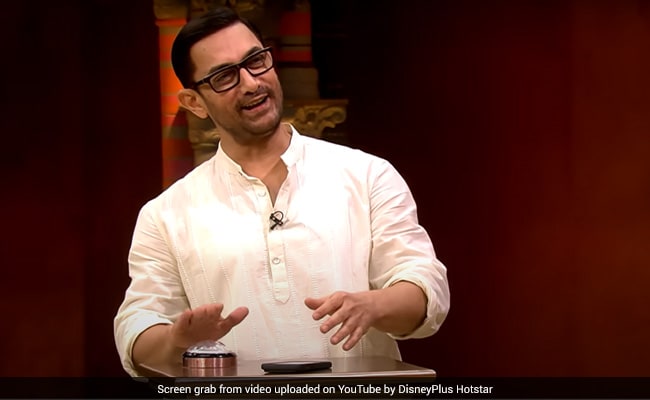 Aamir Khan, who was on the Koffee With Karan sets with Laal Singh Chaddha co-star Kareena Kapoor, was at his candid best. The actor talked about his films, his relationships and family and with that, he managed to win the Rapid Fire Round as well. Aamir Khan, who is a social media recluse and only has an Instagram account dedicated to his films, was saved from the quintessential Koffee With Karan questions like "Who did you last stalk on Instagram?" He was instead asked, "The last time you googled yourself?" Aamir's answer: "I Google myself often yaar." His ROFL explanation: "Sometimes you don't have Internet. And the three bands don't show. Then you have to type in Google something just to see." Kareena asked her once again, "So you type Aamir Khan?" the answer remained yes.

Aamir was also asked by KJo if he is "stressed" about his upcoming film Laal Singh Chaddha, to which the actor replied, "Of course I am stressed, kaise sawaal pooch raha hai yaar (What kind of questions are you asking?)." He added, "We are excited that we have made a good film, lekin agar film logon ko pasand nahin aayi, bahut dil toot jaayega (If people don't like it, we will be heartbroken)."

Laal Singh Chaddha is a Hindi remake of Robert Zemeckis' classic Forrest Gump, which featured Tom Hanks in the titular role. The Hindi version has been directed by Advait Chandan. Laal Singh Chaddha is collaboratively being produced by Aamir Khan, Kiran Rao and Viacom 18 Motion Pictures. In Laal Singh Chaddha, Aamir Khan will be seen sharing screen space with his 3 Idiots co-stars Kareena Kapoor and Mona Singh. It also marks the Bollywood debut of Naga Chaitanya.