"I was working on a per-day basis and there was a scene where the villain kills me and I am dead," recalled Akshay 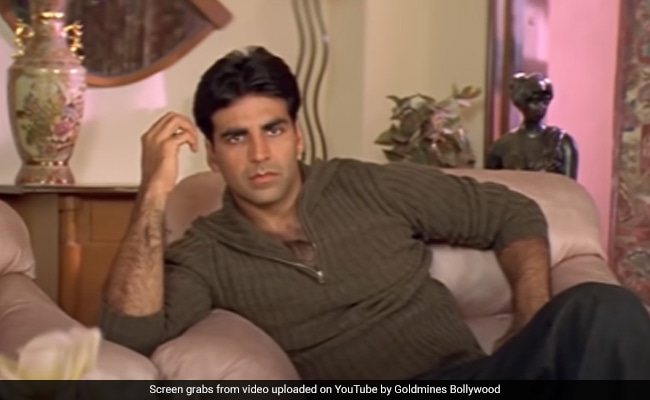 Akshay Kumar in a still from Jaani Dushman. (courtesy: YouTube)

Akshay Kumar, looked back at his 30-year-long career in films during the latest episode of Koffee With Karan 7. The actor spoke about his milestones and as well as the projects that did not have an impact. Speaking of the 2002 supernatural film Jaani Dushman, Akshay Kumar revealed that the film helped him buy the house in which he currently stays. "You won't believe it, today where I stay, I needed money to buy that place, and Jaani Dushman got me the money to buy my house". He revealed that his character was originally supposed to die in the film. However, he convinced the director to not kill his character in the film. So Akshay got to shoot for another 5 days for the film and got to make more money.

"I was working on a per-day basis and there was a scene where the villain kills me and I am dead. I got to know that the other hero who is going to be acting now, got stuck in New York and could not make it in time. I went up to the director and asked him if I had to come back again." The actor Akshay was talking about was co-star Sunny Deol.

Akshay Kumar also recalled his first ad shoot, for which he was paid Rs 21,000 for 2 hours. He said, When I came in the industry, I had no idea, I just wanted to earn money." He also recalled the time he was teaching martial arts and was making Rs 5000 per month but when he got an advertisement, he got paid Rs 21,000 for two hours of work. It was then that he decided to make money and pursue acting.

Akshay Kumar awaits the release of Raksha Bandhan, co-starring Bhumi Pednekar. The film is slated to release on August 11. It will clash with Aamir Khan's Laal Singh Chaddha at the box office. He was last seen in Prithviraj. He will also be seen in Ram Setu, Bade Miyan Chote Miyan and Selfiee.