As per latest intel on Karan Johar's show, Janhvi and Arjun Kapoor will feature in the first episode of the show 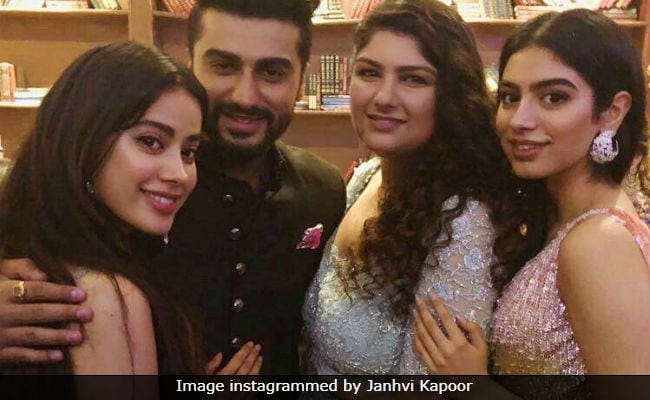 Guess what? As per latest intel on Karan Johar's chat show Koffee With Karan 6, Janhvi Kapoor will open the new season of her mentor's show along with her brother Arjun Kapoor. A Mumbai Mirror report states that Janhvi, who debuted in Bollywood this year with Dhadak, will appear on the show with her brother Arjun Kapoor. Janhvi and Arjun will reportedly shoot for the episode in the upcoming week while Koffee With Karan 6 will premiere on television on October 21. A source told Mumbai Mirror: "It's going to be a special episode as it marks their first joint appearance, in which they open up about their relationship." Arjun and Anshula are Boney Kapoor's children with his first wife Mona Shourie while Janhvi and Khushi are Boney Kapoor and late actress Sridevi's daughters.

The four Kapoor children bonded after Sridevi's death in February, as Boney Kapoor said during several interviews earlier this year. In July, Boney Kapoor told SpotboyE: "I am glad that they have come together. It was due to happen anytime, it just happened when something unfortunate happened. They are all my blood and they had to come around."

This year, Karan Johar launched Janhvi Kapoor in Dhadak, which performed reasonably at the box office. Before the film released, Arjun and Anshula lead the cheer squad for Janhvi by promoting the film for her on social media. At Sonam Kapoor's reception in May, Boney Kapoor and his four children posed for a rare family picture, which was worth a thousand words. 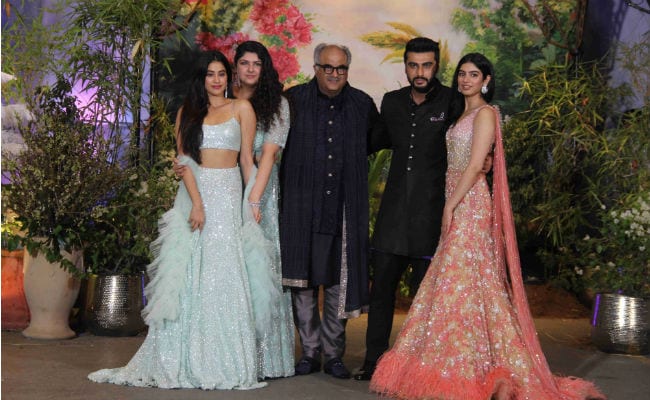 Boney Kapoor with his children at Sonam's reception

On the work front, Arjun Kapoor is currently awaiting the release of Namaste England while Janhvi will soon start filming her second project, Karan Johar-directed Takht.