Koffee With Karan 6 Promo: Karan Johar, 'Unafraid' Of Asking Difficult Questions, Is Ready. Are You? 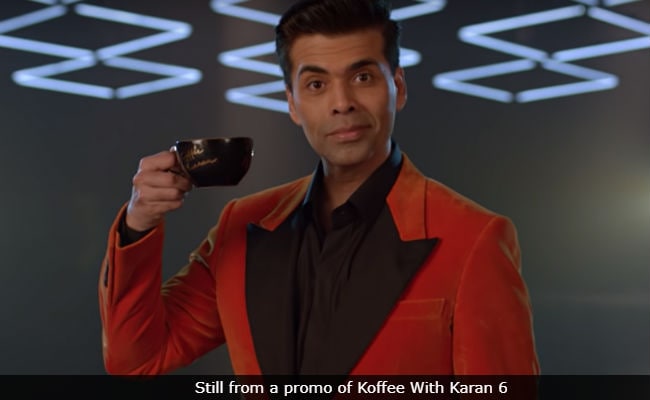 Karan Johar in the promo of Koffee With Karan 6. (Image courtesy: YouTube)

The first promo of Karan Johar's much-awaited Koffee With Karan season 6 is out and it's hilarious. For the promo of his talk show, Karan Johar turns from an "unsuitable boy" (his biography was titled An Unsuitable Boy) to an "unafraid boy." In less than 50 seconds, Karan Johar describes how he has always been the 'unafraid boy,' who doesn't step back from asking difficult questions. The promo starts with a young boy questioning an actress (presumably in the Seventies) if she has a fake nose. Then there's a teenager in gym who insinuates his gym fellow took steroids to aide muscle enhancement. In the end, Karan Johar appears onscreen with a smirk on his face saying, "I'll admit to asking all the wrong questions if you admit to loving the answers."

Watch the promo of Koffee With Karan 6:

Koffee With Karanguest line-up include big names from the film industry such as Shah Rukh Khan, Salman Khan, Aamir Khan, Katrina Kaif, Priyanka Chopra and Kangana Ranaut. The show is where several controversies began and many revelations were made. Every piece of gossip about every celeb enters the script of the show. Like in last season, Karan Johar very neatly asked Aamir Khan and Kiran Rao (his guests) if they knew Ranbir Kapoor and Katrina Kaif were dating (Katrina and Ranbir broke up later). Aamir Khan denied but Kiran Rao admitted. Also in season 4, remember Karan Johar and Priyanka Chopra's tell-all reaction when Deepika said Anushka Sharma is her "friend." Safe to say, Koffee With Karan is the Mecca of Bollywood gossip-lovers.

Koffee With Karan 6 will go on air from October 21 on Star World.