Kim Sharma's Throwback To "Carefree" Days When "Corona" Meant Something Else 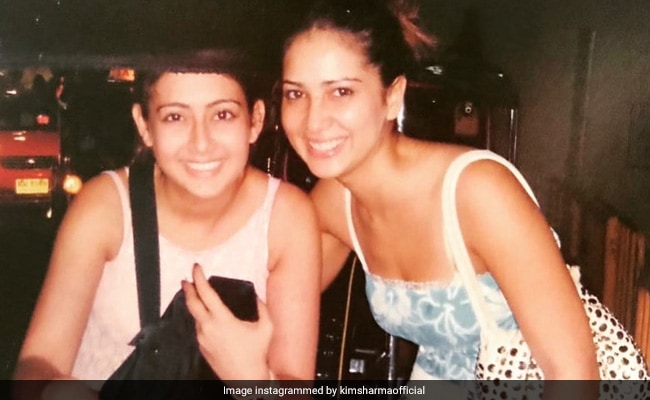 Kim Sharma shared a throwback memory, also featuring actress Preeti Jhangiani, with whom she co-starred in 2000 film Mohabbatein. Kim Sharma also added a little something in reference to the coronavirus outbreak in her caption. "Throwback to a night in Bangkok, when we were young and carefree and 'corona' meant a fancy beer," she wrote. In the photo, Kim Sharma and Preeti Jhangiani can be seen smiling ear-to-ear for the cameras. Preeti was quick to respond to Kim Sharma's post and wrote: "And night outs meant beach clothes and no make-up" in the comments section.

Here's a blast from the past from two decades ago:

#throwback to a night in Bangkok, when we were young and carefree and corona meant a fancy beer #tbt @jhangianipreeti

Kim Sharma and Preeti Jhangiani's throwback photo reminded us of Mohabbatein days. Kim was cast opposite Jugal Hansraj while Preeti Jhangiani played Jimmy Sheirgill's love interest in the film. Shamita Shetty was cast opposite Aditya Chopra in the movie. Amitabh Bachchan and Shah Rukh Khan headlined the cast while Aishwarya Rai Bachchan had an extended cameo in the film.

#throwback to make up rooms and make believe circa 1999 @shamitashetty_official @michelle.tungs_magic #tbt

Kim Sharma's entry is an addition to the series of posts made by celebs in the wake of the coronavirus outbreak. The novel coronavirus was first detected at a seafood market in China's Wuhan and it quickly spread from there. The virus has infected over 1.25 lakh people in 100-plus countries around the world, claiming over 4,000 lives. In India, over 70 cases of coronavirus have been detected so far.