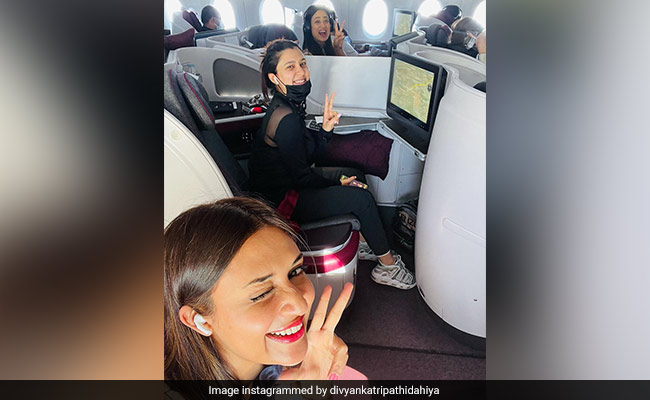 Actress Divyanka Tripathi Dahiya is excited about her stint in the latest season of the reality show, Khatron Ke Khiladi. Her feelings about diving into the stunt reality television series were evident in a selfie that the actress shared from inside the plane that was headed to Cape Town. The stunning actress is seen flashing a big smile and the victory symbol for the camera. That's not all, she is also joined by colleague Shweta Tiwari who is seen mirroring Divyanka's action. With headphones in place, Shweta seemed to have been indulging in some in-flight entertainment when Divyanka found the window for a photo-op.

Along with the image, Divyanka wrote the caption, "En route Cape Town." Many of the actresses' fans and co-actors wished her success and also left her warm notes in the comment section. Actor Hiten Tejwani said, "All the best." Veteran television actress Nina Kulkarni added, "Divii! All the best to you, you NCC girl! Go kill it out there!"

The Yeh Hai Mohabbatein star also gave her fans a look at her final touchdown in Cape Town, where the show is being filmed. Divyanka, who seemed glad to end the plane ride, wrote, "And finally here." 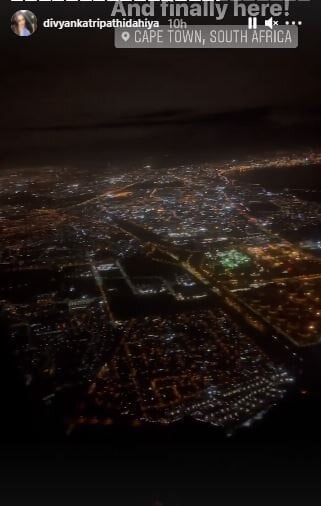 She also shared another image of the contestants and crew from inside a bus. We spotted a number of celebrities including Sana Makbul, Arjun Bijlani and Nikki Tamboli. Take a look. 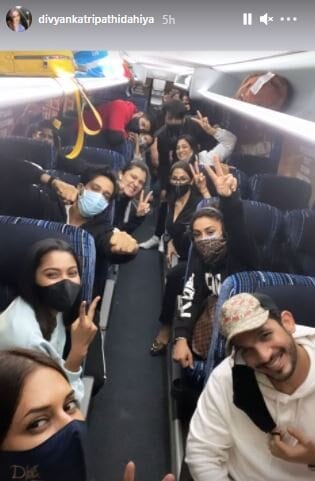 Meanwhile, Divyanka's husband, actor Vivek Dahiya penned an emotional note explaining how difficult it would be to stay apart for the show's duration given the pandemic. Sharing photos of the couple, he said, "Took us a lot of consideration for KKK owing to the current scenario. But then we went with the notion-the show must go on! Ever since, I was dreading tonight when I would have to see you off at the airport and return to an empty house (which is home only when you're around); where every tiny thing would remind me of you."

Sure that she would return with the winner's title, Vivek further added, "Live it up my lady, you're made for this. Conquer your fears and bask in the glory of your victory. Until then I'm going to sleep on your side of the bed."