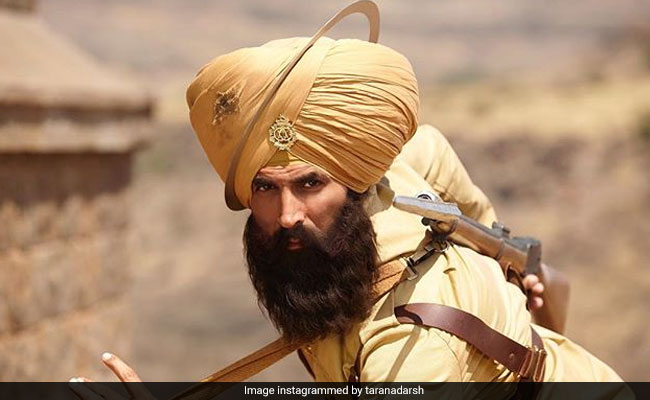 At the ticket window, Kesari is battling new releases Junglee, starring Vidyut Jammwal, and Notebook, a Salman Khan film, starring newcomers Pranutan and Zaheer Iqbal. Pranutan is the granddaughter of late actress Nutan and the daughter of actor Mohish Behl.

As per a Box Office India report, Junglee has managed to collected over Rs 13 crore in the opening weekend while Notebook scrapped only a few crores.

Kesari opened to decent reviews on Holi (March 21). Film critic Saibal Chatterjee gave the film 3-star rating and wrote in his review for NDTV: "Kesari has enough self-sustaining fire to be a well-above-average film. And with Akshay Kumar doing the heavy lifting with unwavering enthusiasm, the star's fans will find it easy to get into the swing of this tale of extraordinary courage in the face of daunting adversity."