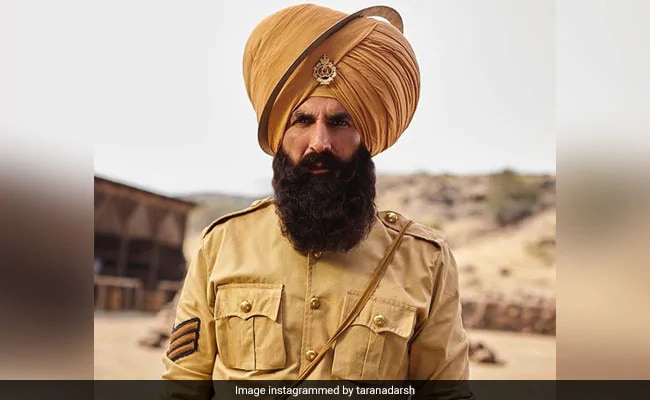 Looks like Akshay Kumar's film Kesari is here to stay! The movie opened to fetch promising numbers and is living up to the box office expectations. Kesari showed great performance on its second Saturday as it raked in a sum of Rs 6.45 crore and Rs 4.45 crore on its second Friday, reported trade analyst Taran Adarsh. In 10 days, Kesari has marked a total of Rs 116 crore and is now chasing a new target of Rs 150 crore. "Kesari picks up momentum on [second] Sat... North India leads, while other circuits are back on track... Rs 150 cr is within reach, if it continues to trend strongly on subsequent days... [Week 2] Fri 4.45 cr, Sat 6.45 cr. Total: Rs 116.76 cr. India biz," tweeted Mr Adarsh.

Kesari had surpassed the Rs 100 crore mark in a week and in doing so, it turned out to be the quickest Rs 100 crore film of 2019. Kesari's impressive box office run shouldn't be a surprise considering the film's solid performance from Day 1 - it opened to make Rs 21 crore and became the "biggest opener of 2019."

Kesari may have slowed down during its run through the week but the theme of the Anurag Singh-directed film had fans intrigued for months and then positive word of mouth helped the film improve its box office numbers.

Kesari is based on the Battle of Saragarhi, 1897 and Akshay Kumar plays the role of Havildar Ishar Singh, who leads a contingent of 21 Sikh soldiers of the British Indian Army against 10,000 Afghan invaders. In his review for NDTV, Saibal Chatterjee wrote: "With Akshay Kumar doing the heavy lifting with unwavering enthusiasm, the star's fans will find it easy to get into the swing of this tale of extraordinary courage in the face of daunting adversity."