Kesari Box Office Collection: Akshay Kumar's film garnered as much as Rs 21 crore on its first day in theatres 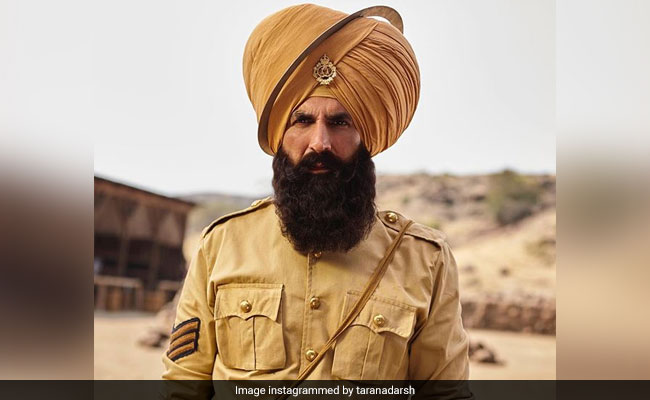 Akshay Kumar treated his fans with new film Kesari on Holi and the film recorded a rather promising first day. Trade analyst Taran Adarsh tweeted to say that Kesari has turned out to be the film to have the highest opening day collections so far: "Kesari roars... Sets the box office on fire... Emerges the biggest opener of 2019 [so far]." Kesari, which had restricted shows during the day because of Holi celebrations, picked up pace in the evening and garnered as much as Rs 21 crore on its first day in theatres: "After limited shows in morning/noon [Holi festivities], the biz witnessed massive growth from 3 pm/4 pm onwards... Evening shows saw terrific occupancy... Thu Rs 21.50 cr. India biz."

Gratitude for the abundant love for our film #Kesari! @SinghAnurag79@akshaykumar ! pic.twitter.com/eZOefeRsrh

Reminding viewers of Kesari's worldwide release, Akshay Kumar tweeted this on Friday: "Kesari has released. So I'm hiding in the bushes. Catch me if you can in cinemas worldwide."

#Kesari has released...
So I'm hiding in the bushes
Catch me if you can in cinemas Worldwide pic.twitter.com/xH0A7YwuXr

Directed by Anurag Singh, Kesari is based on the Battle of Saragarhi, 1897. Akshay Kumar plays the role of Havildar Ishar Singh, who leads a contingent of 21 Sikh soldiers of the British Indian Army against 10,000 Afghan invaders. In his review for NDTV, Saibal Chatterjee summed up the film's essence and wrote: "With Akshay Kumar doing the heavy lifting with unwavering enthusiasm, the star's fans will find it easy to get into the swing of this tale of extraordinary courage in the face of daunting adversity."