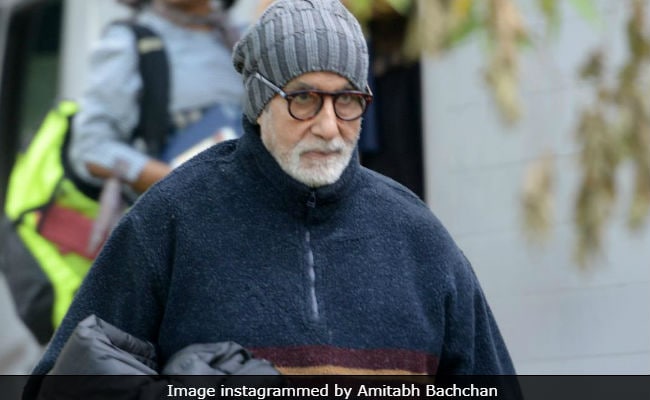 Amitabh Bachchan on the sets of Thugs Of Hindostan. (Image courtesy: Instagram)

Bollywood actor Amitabh Bachchan is among the many celebrities who have made an effort to rehabilitate people affected in flood-hit Kerala. The 75-year-old actor contributed Rs 51 lakh to the Chief Minister's Relief Fund. In addition, the Shahenshah actor donated his personal belongings to the grief-stricken people in the state, a statement released by his team said. Mr Bachchan sent items from his personal clothing through a Kerala relief drive coordinated by sound editor Resul Pookutty. Apart from Rs 51 lakh cash, Big B sent six cartons of his personal clothing comprising 80 jackets, 25 pants, 20 shirts, some scarves and around 40 pairs of shoes, the statement added.

On Twitter, Resul Pookutty thanked Bollywood starts for coming forward to help the people in distress. "The biggest challenge is counseling people who lost everything back to normalcy, for three people have already died of the distress trauma. A big thank you to Amitabh Bachchan, Shah Rukh Khan, Alia Bhatt, Vidya Balan, Abhishek Bachchan, Sushant Singh Rajput, Rishi Kapoor and Ranbir Kapoor," he tweeted.

The biggest challenge is counseling people who lost everything bak2 normalcy,for three people have already died of the distress trauma. A big thank you to @SrBachchan@iamsrk@aliaa08@vidya_balan &#Sid @juniorbachchan juniorbachchan @itsSSR@chintskap#RanbirKapoor#VinodChoprapic.twitter.com/YLeK60shvX

Resul Pookutty has films such as Slumdog Millionaire, 2.0, Ra. One, PK and Kochadaiiyaan on his resume.

On Wednesday, it was reported that Raabta actor Sushant Singh Rajput donated Rs 1 crore on behalf of a fan to the Chief Minister's Relief Fund. On Twitter, a fan tagged Sushant and said that though he wants to donate money to help the people in Kerala he doesn't have any. Sushant did the needful on his behalf and posted this:

As promised my friend, @subhamranjan66 , what you wanted to do has been done. You made me do this, so be extremely proud of yourself. You delivered exactly when it was needed. Lots and lots of love. FLY Cheers #MyKerala a>

Celebrities across India have urged fans and others to raise funds and help the people of Kerala in any way they can. Malayalam actor Rajeev Pillai postponed his wedding to participate in a rescue operation in his hometown in Kerala. South actors such as Dhanush and Suriya have also donated generously to the relief funds set-up to aid the people of Kerala.