Amrita Singh said: "I have just told her (Sara Ali Khan) to work hard, give your best shot, work with your head down" 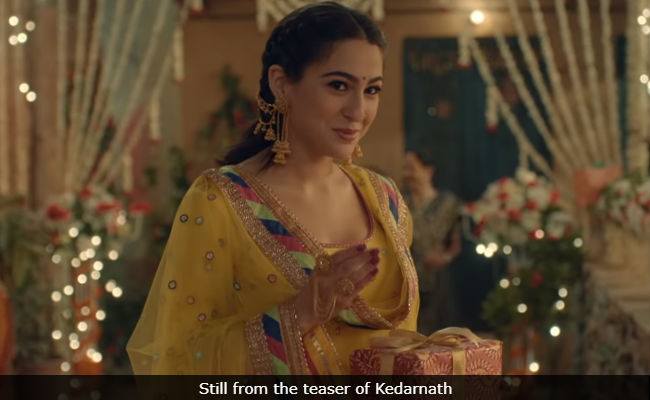 The teaser of Sara Ali Khan's debut film Kedarnath released on the Internet on Tuesday and it instantly went viral. Speaking about the trailer, Sara's actress mother Amrita Singh told Pinkvilla: "Just pray for my kid. I think she is very beautiful. I have seen the teaser." Kedarnath is a love story set against the backdrop of the 2013 Kedarnath floods, which ravaged the pilgrimage town in Uttarakhand. Sara Ali Khan has been cast opposite Sushant Singh Rajput in the Abhishek Kapoor-directed film and it is safe to say that the 23-year-old actress ensured that all eyes were on her in the one-an-a-half-minute teaser.

When asked what was the advice she gave her daughter, the Chameli Ki Shaadi actress told Pinkvilla: "I have just told her to work hard, give your best shot, work with your head down and stay grounded."

In Kedarnath, Sara plays the role of a pilgrim/tourist named Mukku, who falls in love with Mansoor (Sushant Singh Rajput), who is helping her travel the difficult 14-km pilgrimage trek from Gauri Kund to Kedarnath on a 'kandi.' Will their love story survive nature's wrath - the 2013 floods of Kedarnath?

Watch the teaser of Kedarnath:

Kedarnath is co-produced by Abhishek's wife Pragya Yadav through his Guy In The Sky Pictures and Ronnie Screwvala through RSVP Movies. Earlier, Abhishek was co-producing the film with Prernaa Arora's KriArj Entertainment but their deal ended due to conflicts in financial management, which also resulted in the delay of the film's release.

Kedarnath is releasing on December 7.