Kaun Banega Crorepati 12: Asmita, from Maharashtra, revealed that she will use the prize money for the eye treatment of her visually impaired father 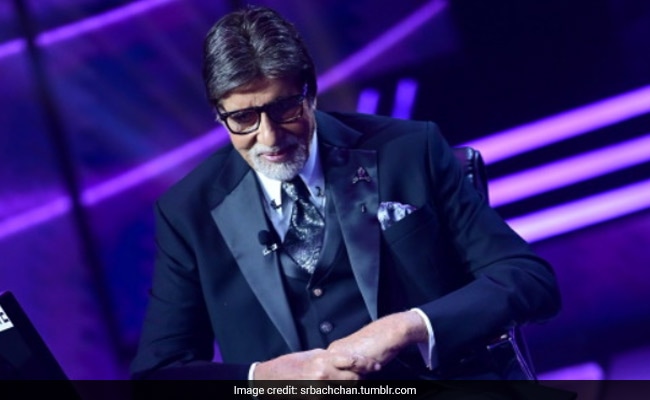 Host Amitabh Bachchan started the show on a positive note. He expressed his thoughts about people who are able to "reboot" their lives. He continued the game with yesterday's roll-over contestant Sabita Reddy. She resumed the game with a question for Rs 80,000. After a few questions, Sabita Reddy quit the game and went home with a prize money of Rs 1,60,000. Rugnath Ram, a 34-year-old carpenter from Barmer, Rajasthan, won the next Fastest Finger First round. He shared that he has been working as a carpenter for the last 19 years and has only studied till class 10. Mr Ram, with the help of lifelines, played the game successfully till Rs 6,40,000. Post that, he quit the show.

The third contestant to play the quiz with Big B on tonight's episode was Asmita Madhav Gore, a student from Maharashtra. The story of her life left Amitabh Bachchan quite emotional. Asmita's parents and siblings are visually impaired. She said that she will use the prize money to repay her home loan and pay for her father's eye treatment.

Amitabh Bachchan will continue the game with Asmita on Wednesday.

#What type of cotton cloth is named after a city on the Malabar coast of India?

#Which Nobel Prize winning organisation was founded in 1971 by 13 physicians and journalists to provide aid and medical care to people in distress?

#Which reference to symbols to Indian states, Gamhar

#Which river's end-point lies in the salt desert of the Rann Of Kutch?

#According to the Brahmanda Purana, which of these sages was born out of the anger of Lord Shiva?