Kaun Banega Crorepati 12: Big B will continue the game on Tuesday with Sabita Reddy, a teacher from Telangana 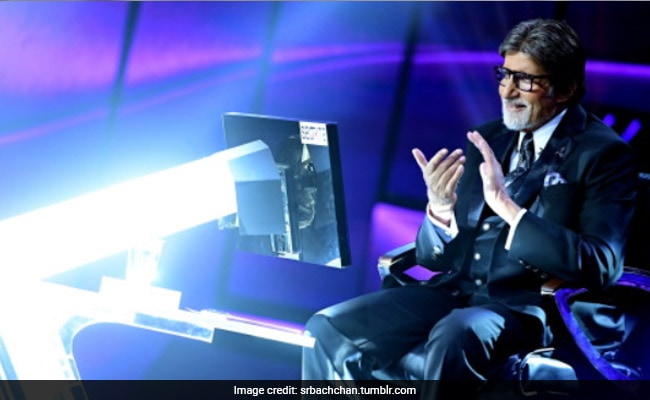 Tonight's episode of Kaun Banega Crorepati 12 started with host Amitabh Bachchan welcoming a new set of contestants this week. Winning the Fastest Finger First round, Pradeep Kumar Sood became the first contestant of this week to make it to the hot seat. He is a Senior Divisional Manager from Amritsar, Punjab. After Amitabh Bachchan explained the rules of the game, he started the game with a question based on actor-singer Kishore Kumar's songs. Big B went on to ask questions from sports and entertainment categories. The duo even had a hearty laugh after Mr Sood joked about his equation with his wife, who was also present in the audience.

Pradeep Kumar Sood shared that he participated in the show to fulfil his mother's dream. He said he is grateful that he got succeeded this time after several attempts. He quit the game after playing successfully and took home the prize money of Rs 12,50,000. The next contestant to play the quiz with Big B was Sabita Reddy. She is a teacher in Alwal, Telangana. After watching a video made on her life, Big B asked her about her husband's death. Her inspirational journey left Big B speechless and he was all praise for her.

Here are a few questions asked on tonight's episode of Kaun Banega Crorepati 12:

#According to the Mahabharata, who among these was reborn as Shikhandi with the sole intention of taking revenge on Bhishma?

#By what other popular name is a mixed pickle, for which Panipat is famous, known?

#In which city is the Punjab and Maharashtra Co-operative bank headquartered?

#Who formally inaugurated the city of Chandigarh on 7th October 1953?

#The point on Earth that's farthest from land is named after which fictional character of Indian origin?