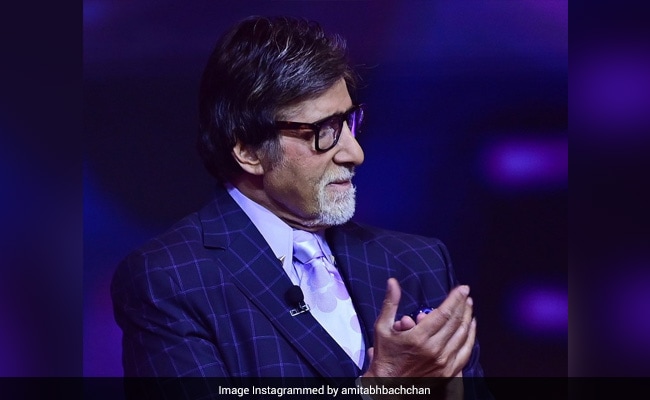 Thursday's episode of quiz show Kaun Banega Crorepati 12 began with yesterday's roll over contestant Jatin Khatri, a computer professional from Mumbai. The show's host and veteran actor Amitabh Bachchan began the episode by sending his fans early Diwali greetings. He then began the game with Jatin. He managed to win Rs 6,40,000 and decided to quit the game after that. During the game, he revealed that he will buy a running prosthetic leg. Much to Jatin's surprise, Amitabh Bachchan announced that Sony Entertainment Television (the channel on which KBC airs), seeing his conviction and dedication, decided to help him out with the prosthetic running leg.

The second contestant to play the game with Amitabh Bachchan was 26-year-old Devi Meena from Jaipur, Rajasthan but she has been staying in Mumbai since a few years. During the game she revealed that Amitabh Bachchan once came to the Passport Office, where she works. However, she couldn't get the chance to meet him there. Amitabh Bachchan jokingly said that they were destined to meet on the show. She quit the game after winning Rs 1,60,000. Journalist Vikrant Gupta was the expert for tonight's episode of KBC 12. The third contestant to make it to the hotseat was Sharmila Gargayan. She will play the game in tomorrow's episode.

Some of the questions asked in tonight's episode of KBC 12 were:

What is the full form of PG, a term used for someone who lives in someone's home, usually for a short time?

Which of these words in the English dictionary, has not been taken from Hindi?

After Aluminum, which is the most abundant element in the Earth's crust?

What was Ranbir Kapoor's first feature film in a leading role?

Which of these numbers is not a part of the title of any book published by Chetan Bhagat?

Sandesh Jhingan has represented India at an International level in which sports?

The Jal Mahal Palace in Jaipur is situated in the middle of which lake?

On Friday's episode of Kaun Banega Crorepati 12 Leander Paes and Dipa Karmakar will be playing the game as this week's Karamveer.