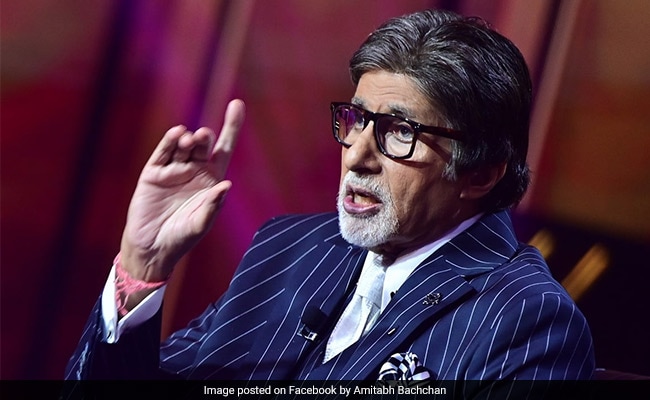 Monday's episode of the popular TV quiz show Kaun Banega Crorepati 12 began with contestant Komal Tukadia, a student from Jodhpur ( Rajasthan). Komal, was the only contestant to get the Fastest Finger First answer right. An emotional Komal got teary-eyed when she made it to the hotseat. Komal, during the course of the game, talked about the need for women empowerment. She said that she wishes to pursue her dreams before getting married. Big B told her that she is on the right path. She also talked about her love for movies and complained that her father doesn't allow her to watch movies in theatres and requested Amitabh Bachchan to appeal to her father. Big B did exactly that. She quit the game after winning Rs 12,50,000. The second contestant to make it to the hotseat was Kumar Krishna Mohan from Siwan, Bihar. He gave the wrong answer at the initial stage of the game.

One of the questions asked during the game was, "Which novel by Dharamvir Bharati is about a young student, Chander, who falls in love with Sudha, the daughter of his college professor?" Big B revealed that he and his wife Jaya Bachchan were to star in a film based on the novel. However, it was later shelved. Big B also shared on the show, how he got his name and revealed that he was almost named "Inquilab," inspired by the phrase 'Inquilab Zindabad' which was popularly used during the Indian Independence struggle. However, later legendary poet Sumitranandan Pant named him Amitabh.

Some of the questions asked during the game tonight were:

During the Kargil War of 1999, what was the codename of the operation run by the Indian Navy?

What kind of thermometers are used to measure temperatures in the Arctic region?

Which of these is a non-renewable source of energy?

According to the ancient Hindu scriptures, by which name was Sita not known?

At an event during which movement during the freedom struggle did Aruna Asaf Ali host the Indian independence flag at the Gowalia Tank Maidan in Bombay?

Malala Yousafzai, the youngest Nobel peace prize winner, has graduated from which of these universities?