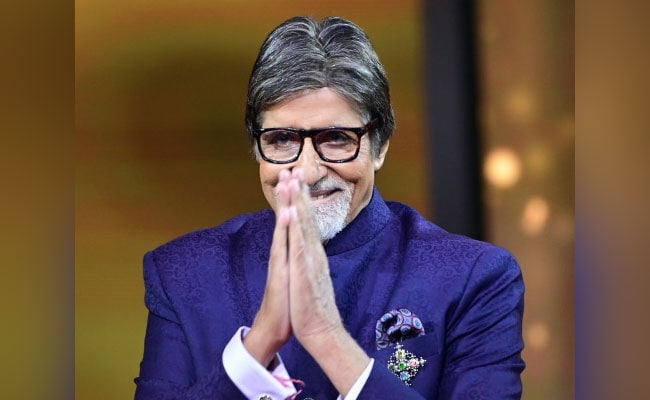 On Thursday's episode of Kaun Banega Crorepati 12, Amitabh Bachchan met one of his biggest fans. Thursday's episode of KBC started with Seema Kumari from Patna, who eventually quit the show after running out of Lifelines. The second contestant turned out to be an author from Bilaspur - Mrinalika Dubey, who writes murder mysteries. From the moment Big B greeted Ms Dubey and asked her to take the Hot Seat, she simply couldn't stop smiling. She told Big B that just hearing him take her name is like a big deal for her. "Aapke muh se mera naam sunne ke liye taras rahi thi," she said. When Mr Bachchan asked Ms Dubey to describe how excited she is to have finally been chosen to play, she said despite being an author, she said she was "out of words."

As a pleasant surprise to Amitabh Bachchan, Mrinalika Dubey also brought a 1981 edition of the showbiz magazine Dharmyug, with Mr Bachchan on the cover. When Big B enquired about it, Ms Dubey said she's kept it safely all these years as the magazine has some priceless photos of Mr Bachchan.

Meanwhile, here are some questions which were asked on Thursday's episode of Kaun Banega Crorepati 12:

# What type of scheme is the Ayushman Bharat Yojana?

# 'Kajri', a type of folk music, is normally associated with which season?

# According to Hindu scriptures, who among these had a daughter named Dushala?

# Which yogasana is immediately performed after eating meals?

# At which place in India do the Bay Of Bengal, Indian Ocean and Arabian Sea meet each other?

# Who became the first woman badminton player from India to hold the world no 1 ranking?

# To which aerobatic team does this aircraft, flying upside down, belong?

# Which of these sports events are meant for the physically challenged?

# In who's court was Tenali Raman a renowned Ashtadiggaja?