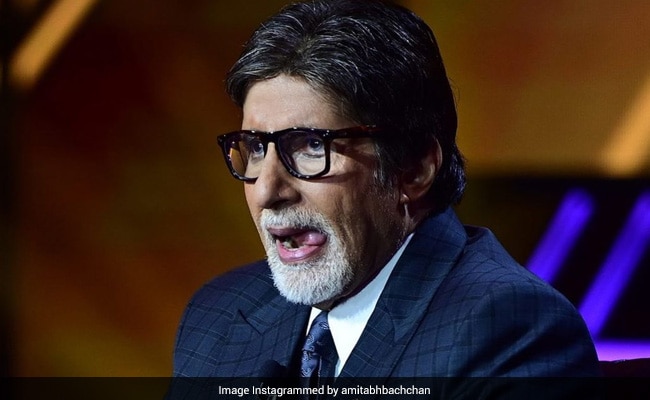 KBC 12: Big B in a still from the show. (courtesy: amitabhbachchan)

Amitabh Bachchan began tonight's episode of TV quiz show Kaun Banega Crorepati 12 with Tuesday's roll-over contestant Shivam Rajput from Kanpur, Uttar Pradesh. He played the game really well and had his lifelines intact for the longest time. He used them during the last few questions. Shivam managed to win Rs 50 lakh in the game. He didn't know the answer to the Rs 1 crore question and decided to quit the game. The Rs 1 crore question asked in tonight's episode was: "Who is credited for coining the term 'Meghalaya'?Amitabh Bachchan revealed that the correct answer to the question was Shiba Prasad Chatterjee. Big B congratulated Shivam for the whopping amount that he won.

The second contestant to play with Amitabh Bachchan in tonight's episode was Preet Mohan Singh from Mohali, a DIG in CRPF. During the course of the game, he talked about his love for sports and added that would like his kids to pursue a career in the armed forces. He added that the reason behind coming to KBC 12 was to inspire youngsters to be a part of the armed forces and to serve their nation.

Some of the questions asked in tonight's episode of KBC 12 were:

Which of these renowned musicians was born in Varanasi?

India's official entry to Oscars 2021, Jallikattu, is a film in which language?

Who was India's first captain in T20 International?

In terms of production, which of these is the largest train coach manufacturing unit in the world?