Kaun Banega Crorepati: Big B revealed he once mistakenly interrupted his granddaughter Aaradhya's online class after he saw her performing yoga in front of a screen 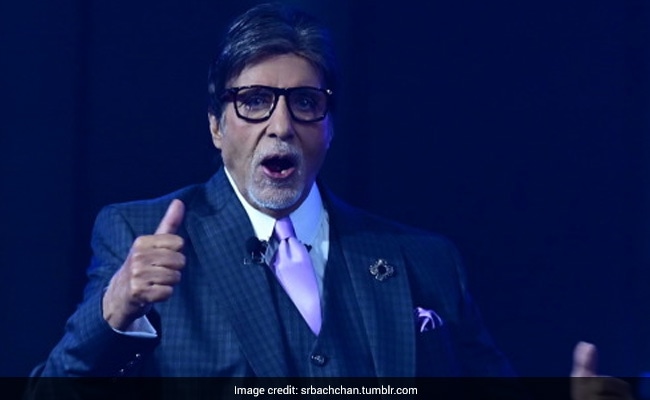 In this students-special week, every moment lights up the Kaun Banega Crorepati 12 set. Host Amitabh Bachchan has been having a whole lot of fun with kids, who also leave him quite impressed with their bundle of knowledge on various subjects. On Tuesday's episode, Big B started the famous quiz show with 11-year-old Alina Patel from Mumbai. Because of her talkative nature, Amitabh Bachchan gave her a cute nickname - Batuniya. Big B and Alina shared several funny anecdotes from their respective lives during the game. When she revealed how difficult it is to celebrate a fellow student's birthday during online classes, Amitabh Bachchan said he once mistakenly interrupted his granddaughter Aaradhya's virtual class after he saw her performing yoga in front of a screen.

On the show, Big B also shared that during his college days, one of his favourite places for fast foods in Delhi was the Bengali market. The expert on Tuesday's episode was none other than Kautilya Pandit, a genius kid who is also called 'Google Boy.' Alina took home the prize money of Rs 12,50,000.

#Which words complete the famous quote by Dr A P J Abdul Kalam: "You have to __ before your __ can come true?

#On the eve of which of these days are brave children, selected from across the country, honoured with the National Bravery Award?

#Which kind of doctor will you visit if you find it difficult to see the blackboard in your class?

#Rogan Josh is a dish most likely to be found in which of these kinds of restaurants?

#According to the doha "Kaal Kare So Aaj Kar" by Kabir Das, when is it said to do today's work?