Kaun Banega Crorepati 12: Amitabh Bachchan began the game by looking back at the journey 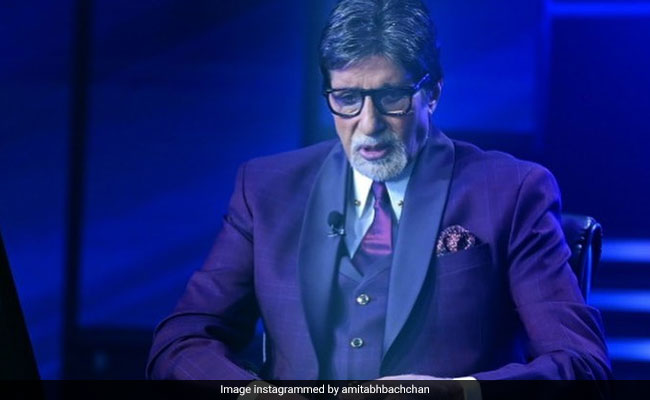 The show's host Amitabh Bachchan began the episode by looking back at the journey of this season so far. He recalled the messages that people gave, the heart-warming conversations he had with them. Thursday's episode began with yesterday's roll over contestant Vijay Pal Singh, a courier boy. On Wednesday's episode of the TV quiz show, he won Rs 25 lakh and two of his lifelines were intact when he began the game on tonight's episode. Journalist Vikrant Gupta was the expert for tonight's episode. Vijay, a big fan of Bollywood actress Kiara Advani, before attempting the Rs 1 crore question, took out a photograph of her from his shirt's pocket and he said that his lucky charm is with him. He quit the game after winning Rs 50 lakh.

Vijay Pal Singh, on yesterday's episode revealed that he travels 50KMs every day to deliver packages and added that he dreams of becoming a police officer someday. He also revealed that he earns Rs 8000 a month. The Rs 1 crore question he asked was: Shobha Ram Kumawat became the one and only chief minister of which brief union that came into being at one stage of the formation of the state of Rajasthan?

The second contestant to make it to the hotseat was Annu Chauhan, an advocate from Chandigarh. She said that she wants to sponsor the education of 3 girls. She quit the game after winning Rs 25 lakh.

Which of these Indus valley sites is situated in present day Haryana?

Shahid, Omerta and Aligarh are notable films by which director?

Which of these Indian Olympic sportsmen has never worked in the Indian armed forces?

Which of these films marked Sanjay Leela Bhansali's debut as a music director?

In September 2019, who became the first astronaut from United Arab Emirates to go to space?

Which doctors specialise in the matters of the lungs?