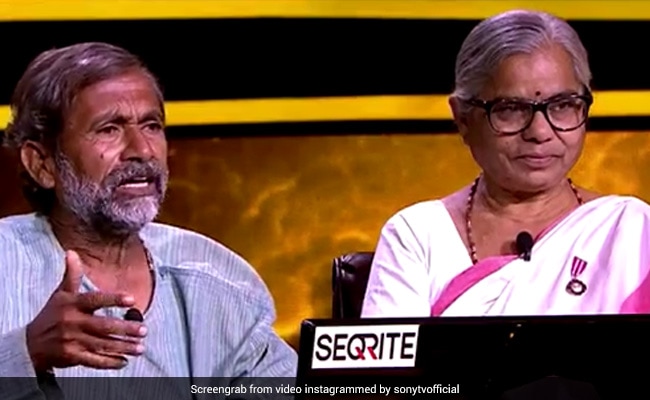 On tonight's episode of Kaun Banega Crorepati, host Amitabh Bachchan welcomed Karamveer couple, Dr Ravindra Kolhe and Dr Smita Kolhe, from Maharashtra. The couple have been honoured with Padma Shri for their social initiative for improving the lives of tribals of Bairagarh in Melghat region of Amravati, Maharashtra. Ravindra Kolhe has done M.D in Preventive Social medicine while Smita Kolhe is a doctor in Homeopath. The doctors-social workers not only helped the tribal communities of Melghat medically but also played significant roles in improving basic development like road, water and electricity, as well as the living standards of the tribes. On the show, Ravindra Kolhe explained how he encouraged tribal farmers of Melghat to change their method of farming and later revealed that no farmer from that region has died by suicide in a long time.

The couple also revealed that when Smita Kolhe got pregnant, there were some complications and they were asked by the villagers to move to city for better treatment but they refused and decided to carry out the treatment just like they have been treating other people from the tribes to rule out any kind of discrimination.

On a lighter note, Smita Kolhe shared how she left her stylish lifestyle to devote her life towards mankind when she married Dr Ravindra Kolhe. She also stated that the tribes didn't accept her initially but after she showed her skills as a doctor, they were all praise for her.

As the show started, Big B continued the game with yesterday's roll-over contestant Arun Kumar Jha, a Mathematics teacher from Mehrauli, Delhi. Minutes after the show started, Mr Jha decided to quit the game and went home with the prize money of Rs 40,000.

Meanwhile, here are some of the questions from tonight's episode of Kaun Banega Crorepati:

#Who was the last ruler of the Lodi dynasty of the Dehi Sultanate?

#Which law states that to every action there is an equal and opposite reaction?

#After World War II which country was divided into two parts in 1949?

#Which film tells the story of Jaya, played by Kangana Ranaut, a railway employee who returns to the game of kabaddi after motherhood?