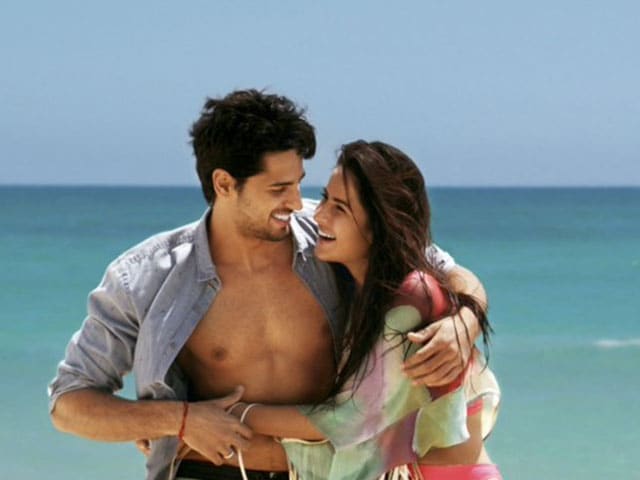 New Delhi: Actors Sidharth Malhotra and Katrina Kaif have the time of their lives on the first poster of Baar Baar Dekho, shared by filmaker Karan Johar on Twitter.

KJo, who co-produces the movie along with Excel Entertainment, had earlier tweeted a series of pictures featuring Sidharth and Katrina having fun on what seems to be a beach holiday.

Prepare to get your minds blown! Here's the first look from #BaarBaarDekho starring @S1dharthM & #KatrinaKaifpic.twitter.com/TIOsoJrxp2

Baar Baar Dekho, which marks Nitya Mehra's debut as a director, has been jointly produced by Ritesh Sidhwani, Karan Johar and Farhan Akhtar.

In an interview to IANS, Sidharth said: "It's a very unique story. What happens in the life of a person from 18 years to 60. It's not a time travel or science fiction, it's a fictitious story."

Sidharth Malhotra was last seen in Shakun Batra's March movie Kapoor And Sons, co-starring Alia Bhatt and Fawad Khan. Katrina Kaif appeared in February's Fitoor and she has Jagga Jasoos with Ranbir Kapoor in the pipeline.