It appears, Katrina Kaif has been in love with the camera forever and the feeling is mutual 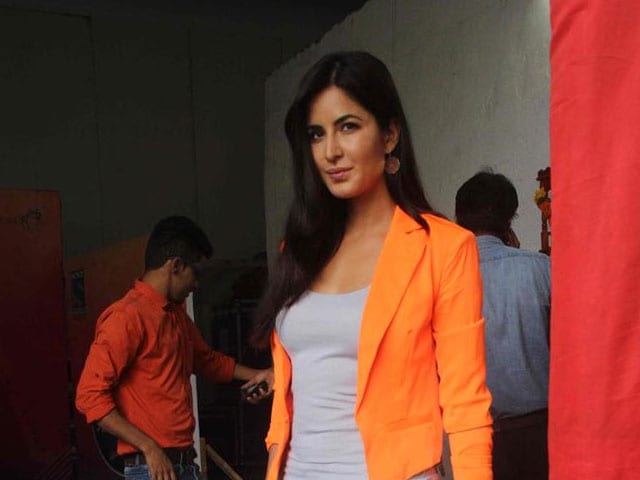 New Delhi: Actress Katrina Kaif offered a tiny glimpse of what she is up to on Saturday. No guesses here. The 33-year-old actress is busy amusing her fans and followers on Instagram with delightful posts, the recent one being an old photograph from her childhood. Katrina chanced upon a photo (worn out and vintage-looking) of herself from when she was 12-year-old and posted it on Instagram. "Just found this. The 12 year old me was quite the poser," reads the caption which comes along with the hilarious hashtag '#iwannabeamodel.' It is only two years later that Katrina signed her first modelling contract with a jewellery brand.

It appears, Katrina has been in love with the camera forever and the feeling is mutual.

Katrina clearly harboured modelling aspirations from an early age which lead her to make a debut at the London Fashion Week. London is where she was spotted by filmmaker Kaizad Gustad, who directed her in her maiden Bollywood film - Boom. Katrina was just 18 when she made a sensational appearance in the 2003 film which, however, failed to make an impression at the box office.

Promoted
Listen to the latest songs, only on JioSaavn.com
Fast forward to 2017, Katrina is a new member of the photo sharing app and is exploring possibilities to no end. Katrina made her Instagram debut on April 27 and is already behaving like a social media boss. In between being a prankster and sharing sultry pictures from her photoshoot, Katrina has also featured in a number of goofy posts.

I'll figure it out as long as my brain doesn't get in the way .... #sometimesithinkimeinstein #letsoverthinkitsomemore

Katrina Kaif is currently awaiting the release of Anurag Basu's Jagga Jasoos, in which she co-stars with ex-boyfriend Ranbir Kapoor. Meanwhile, she is shooting for Tiger Zinda Hai with Salman Khan, which is a sequel to Ali Abbas Zafar's 2012 action-thriller Ek Tha Tiger.