Dressed in a blue t-shirt and denim shorts, the actress can be seen sitting in a chair and smiling for the camera 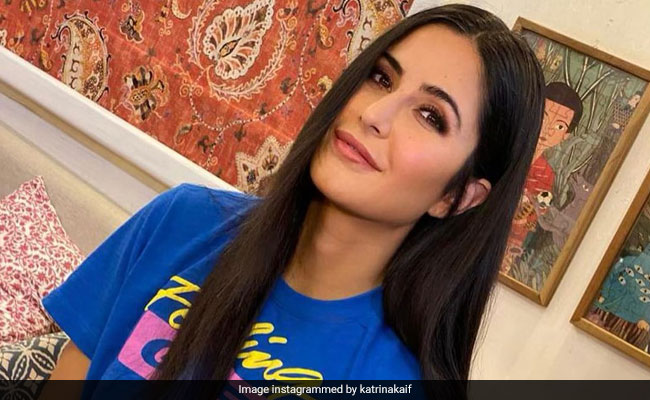 Seen Katrina Kaif's latest entry on Instagram? The actress redefined "Monday blues" in her own amazing way on social media. Katrina, 37, was busy with the shooting schedule of her new film Phone Bhoot in Rajasthan last month. She started her new week and new month by sharing two pictures of herself sporting an outfit in different shades of blue. Dressed in a blue t-shirt and denim shorts, the actress can be seen sitting in a chair and smiling for the camera. "Monday blues," she wrote in the caption of her post. Her fans are all hearts for her pictures.

Katrina Kaif's last film was Ali Abbas Zafar's Bharat, in which she co-starred with Salman Khan. She has Rohit Shetty's cop drama Sooryavanshi, co-starring Akshay Kumar, lined up. The film will release this year.