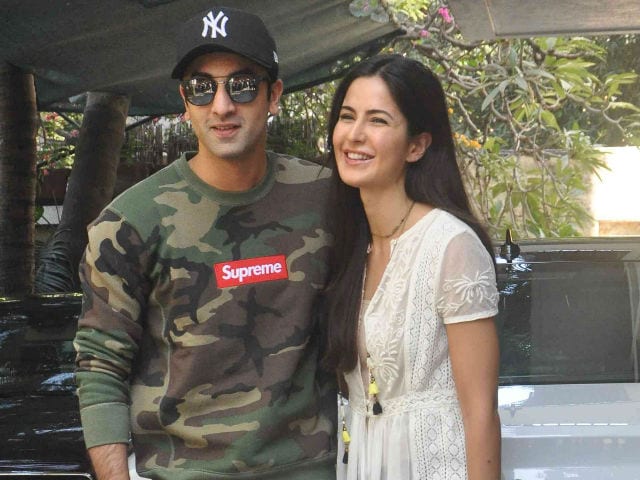 New Delhi: Bollywood's most high-profile romance has ended, tabloids reported over the weekend but actress Katrina Kaif, one of the two celebrities involved, isn't saying much. In Delhi to promote her film Fitoor, she told NDTV's Puja Talwar that "it's better to not speak about personal life." Katrina, 34, is reported to have recently broken up with actor boyfriend Ranbir Kapoor.

Katrina, usually reticent about her private life, told NDTV that she would rather let her cinematic accomplishments do the talking. "Many times, you want to come out and speak your heart openly and just want to say exactly what you feel at the moment. But from my personal experience, it is better to not speak much about your personal life and speak about your profession. Try and let your work speak for itself because at the end of the day that's what you want your identity to be, and you want your respect to come from your work. That's what should be out there," she said.

Katrina and Ranbir broke-up due to "unresolved differences," said a recent report in Hindustan Times. Gossip has suggested that Katrina was uncomfortable with Ranbir's proximity to ex-girlfriend Deepika Padukone, his co-star in last year's Tamasha. Katrina's absence from a party to celebrate Tamasha escaped nobody's attention. She and Ranbir are believed to have moved out of the apartment they shared in Mumbai. (Also Read: Why Was Katrina Kaif Missing From Ranbir Kapoor's Film's Success Bash?)